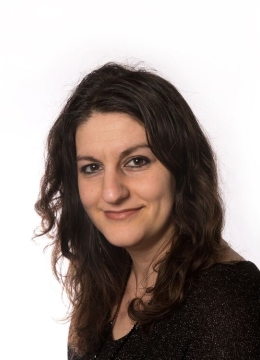 In 2007, I was a visiting scholar at the University of California at Berkeley, at the Survey Research Center, and in 2008 I went to the University of Sussex, Department of Psychology for an internship. At the Graduate School of the Faculty of Social Sciences in Utrecht, I coordinated several workshops, international events and student exchanges, within the Trans-Atlantic Student Mobility Project in "Race, Ethnicity and Migration Studies" (EU-FIPSE).

I joined the In the Department of Psychology, at UL on the 1st of January 2010.

I work in the broad field of ethnic relations, looking at people’s attitudes and interaction with members from different ethnic or political groups. My research is focused on how group membership affects behavior in specific ethno-national intergroup contexts; how people generate social and political change. I use social psychological theories and quantitative empirical methods to analyze the interaction between social context and individuals, in order to address social issues like exclusion, marginalization, multiculturalism.

My main lines of research are:

1.  Cultural diversity and group-based prejudice. This covers a range of attitudes: from group stereotypes, to support for minority rights, and intercultural sensitivity and competence. Using a multiple group and multilevel approach, I investigate the effects of group power and relative status on individuals’ intergroup attitudes and political goals.

2.  Group identity: what is it, how people construct their group identities and how the groups they belong to shape their worldviews. In particular, I research the content of ethnic, national and other political identities (e.g., European, Asylum Seeker), the processes of identification and identity building with these groups. Group identities reflect complex interactions between social structure, national/political ideologies and the individuals involved.

3.  Political action and the sense of group position:  Social and political changes in our societies are based on group mobilization and collective action. I am fascinated by the social-psychological processes that underlie engagement in political action, on behalf of groups and communities. The types and meanings of group identities and their effects on people's engagement with their ingroups and exclusion of outgroups are key processes in how we position ourselves in our societies and how we may participate in changing it.

Since 2014, I have been a member of the Management Committee (MC) for the Cost Action IS 1205: Social psychological dynamics of historical representations in the enlarged European Union http://costis1205.wix.com/home#

The 3rd Conference on Social Psychology in Ireland, “Them” and “Us”? Constructing Minority Identities. Community and Research Perspectives on Travellers, Roma and Immigrant Groups, University of Limerick, October 3, 2013

The Expert Meeting on Marginalization of ethnic minorities in European countries, focusing on Travellers and Roma groups, funded by the International Society of Political Psychology , and a UL SEED grant, University of Limerick, October 4-5, 2013

Teaching at the University of Limerick

2011 - SEED Funding, University of Limerick. Research Grant for the project "Marginalization and Exclusion of Travellers in Ireland and Roma in Europe: Intergroup attitudes from a multiple-group social-psychological perspective"

Leach, C.W., Minescu, A., Poppe, E. & Hagendoorn, L. (2008) was selected by guest editor Stefano Pagliaro for highlighting its contributions to stereotype content research, for the special electronic issue on The Relevance of Morality in Social Psychology, in the European Journal of Social Psychology, 42(4), June 2012. PDF

Leach, C.W., Minescu, A., Poppe, E. & Hagendoorn, L. (2008). Generality and Specificity in Stereotypes of Out-group Power and Benevolence: Views of Chechens and Jews in the Russian Federation. European Journal of Social Psychology, 38, 1165-1174.

Minescu, A. & Sambaraju, R. (2016) “Obviously the lecturer is”: Accounts of Exemptions from Discrimination, talking Racism in Ireland.  International Network for Hate Studies conference, University of Limerick, May 25

Minescu, A. & Lee, A. (2014) Political Activism in Ireland: A study case on the Anti-Austerity Alliance. Presented at the International Society for Political Psychology: 37th Annual Scientific meeting, Rome, Italy, July 4-7.

Minescu, A. (2011). Superordinate identifications' profile and impact on assimilation and multiculturalism in the Russian Federation. Paper presented at the General Meeting of the European Association of Social Psychology, Stockholm, Sweden, July 12-16.

Minescu, A. & Funke, F. (2010). Group size and support for political goals in the Russian Federation. The mediating role of social identifications and perceived threat. Paper presented at the International Society for Political Psychology, Annual meeting in San Francisco, July 7-10.

Minescu, A. (2010) What unites and divides ethnic groups: cross-republic and ethnic group variations in the Russian Federation. Paper presented at the International Society for Political Psychology, Annual meeting in San Francisco, July 7-10.