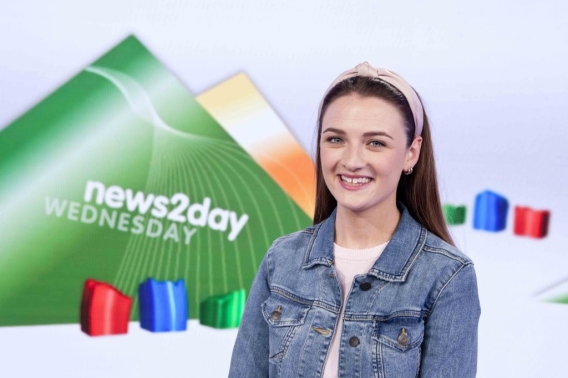 Aisling studied Journalism and New Media at University of Limerick. During her time in university, she worked for The Daily Mail newspaper in London, and also studied at an Australian university, where she had the opportunity to travel all over Western Australia.

She joins current news2day presenter Cillian Sherlock, from Claremorris, Co.Mayo. Cillian is also a graduate of Journalism and New Media at UL. He won an internship through Google News Lab Fellowship, working with Independent.ie, before going on to positions with digital desks at The Irish Examiner and Breakingnews.ie. He also spent six months in Spain teaching English to children before joining news2day.