“With her research into bilateral links, Holfter has arguably done the most to bring Germany and Ireland together since Nobel laureate Heinrich Böll” - Derek Scally, Nine decades of rich and largely stable Irish-German relations, Irish Times, 1 July 2019. 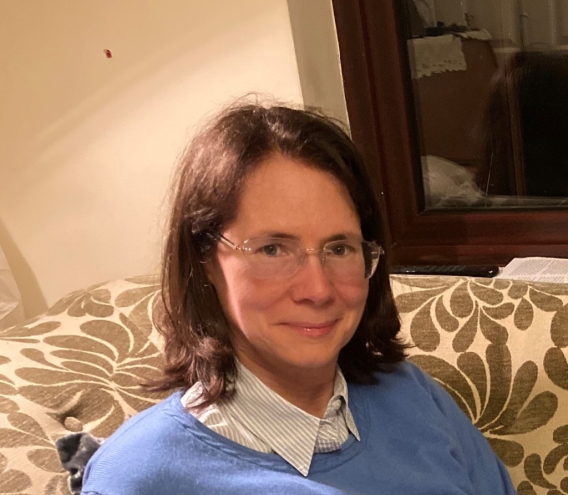 Prof. Gisela Holfter - Associate Professor in German and Director of the Centre for Irish-German Studies

Prof. Gisela Holfter, Associate Professor in German and Director of the Centre for Irish-German Studies, has been awarded the Bundesverdienstkreuz, the Federal Order of Merit of Germany, for her long-standing and impactful work in Irish-German relations.

Prof. Holfter's work on Irish and German relations began 25 years ago when she came to Limerick to take up position in UL on St Patrick’s Day 1996. In 1997, she co-founded the Centre for Irish-German Studies (of which she is the current director) together with her colleague Prof Joachim Fischer (who is now heading UL’s Centre for European Studies).  The vibrant and interdisciplinary Centre for Irish-German Studies has been recognised nationally and internationally as a key player in Irish-German relations with members not only in UL and Mary Immaculate College but from many other Irish and German universities. Its substantial resource base is accessible in UL’s Glucksman Library and was further enhanced in the end of 2019 by the donation of the Gottschalk Collection by the late Jürgen Gottschalk, some 4,000 publications, the largest known private collection of German-speaking books on Ireland.

Over the course of her career to date, Prof. Holfter has published 3 monographs, 18 (co-)edited books and over 60 refereed book chapters/journal articles. Most recently, she edited a volume on Irish-German diplomatic relations which features forewords by the Foreign Ministers of both Ireland and Germany. The subsequent event she organised in February 2021 attracted over 300 participants. Speakers included UL President Prof Kerstin Mey; Niall Burgess, Secretary General Dept of Foreign Affairs; Miguel Berger, State Secretary of the German Federal Foreign Office; H.E. Deike Potzel, German Ambassador to Ireland and H.E. Dr Nicholas O’Brien, Irish Ambassador to Germany. (Recordings of the event can be accessed on the Centre for Irish-German Studies website under “Past Events” - see https://ulsites.ul.ie/irishgerman/past-events.)

Reflecting on her work to date, it is clear that Prof. Holfter is most deserving of this prestigious award and the faculty would like to once again congratulate her on this achievement.