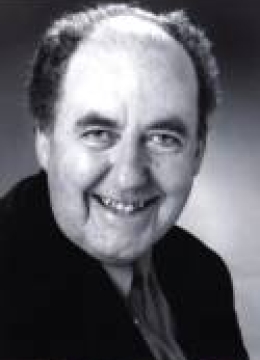 'Goodnight Ballivor, I'll sleep in Trim' the title of John Quinn's documentary on his childhood in the Co Meath village has become a by-word in the world of radio. It, and his other programmes on his native place, most notably bogman Johnny Kelly's A Day on the Bog, demonstrate how pictures can indeed be better on the radio and emphasise how universal parochialism at its best can be.  And, as one radio critic said, 'Generations to come, armed with no data except Quinn's programmes, will be able to construct a coherent social history of that village and its environs in the mid-to-late 20th century.'  Little did Ballivor know on the 11th December, 1941, when it greeted its newest citizen, the son of the local sergeant, that it was going to rear a mighty man who was destined to have an extraordinary career as an educator of uniqueness in formal teaching, writing, and radio broadcasting - lifelong learning at its very best.  After attending the local national school, John Quinn's secondary education was with the Patrician Brothers at Ballyfin, Co Laois. Much later in 1993 he wove his memories of his five years boarding at Ballyfin into a Jacob's Award-winning documentary, described in the Irish Times as a 'beautifully paced, simply told, third person narrative...[having] all the coherence and resonance of a finely-wrought novella.... A glimpse into a perfectly remembered, self-contained world.'  A call to teacher training brought John to St Patrick's College, Drumcondra, in the years 1959 to 1961, followed by almost a decade of teaching. While teaching in Finglas he earned a BA and a Higher Diploma in Education in the evenings, and, somewhat later, an MA in Education.

In 1970 John Quinn changed careers, becoming general editor of Fallon's, the educational publishers.  He joined RTÉ as Education Officer with the pilot Radio Scoile scheme in 1975. Two years later he became a radio producer, blossoming over the next twenty five years, into 'arguably RTÉ's best broadcaster...the crafter of affectionate, deceptively simple, magical works' - works that earned him many national awards and international acclaim in Europe, New York and Tokyo.  At first with Education Forum (1979-89) and then with The Open Mind (1989-2002), the weekly educational magazines, he helped produce public service broadcasting at its best. He added the annual Open Mind Guest Lecture Series and edited their publication in 1999. Among the lecturers were Gordon Wilson, John Hume and George Mitchell.  Although the lectures and, indeed, The Open Mind itself cover a diverse range of topics, a common thread shows that they are about the work of building up our human community in peace and civility.  In John Quinn's hands - as all his programmes are ideas-centred works of art, crafted with precision - how apt are George Eliot's words:

'art is the nearest thing to life, and its ultimate aim is to reshape the human consciousness, and with it the structure of society'.

His Interview Series included the 1988 Jacob's Award winning 'Ewan and Peggy' on the lives and music of Ewan McColl and Peggy Seeger. The series, A Portrait of the Artist as a Young Girl, in which John Quinn interviewed ten Irish women writers about their childhood influences, was published by Methuen in 1985.  Other memorable series of interviews included Travels with Ben, Passions and My Millennium. His interview with Séamus Heaney on My Education was described by the Sunday Times as .. 'spellbinding .. the memories spill out with enormous honesty and warmth. Superb.'  Each year during the Summer season John Quinn produced  a series of linked documentaries on heritage and the environment, such as The Mark of Man, Where has Ireland Come From and This Place Speaks to Me.

His single subject documentaries such as Final Day (which won  the Gold Medal in 1990 at the New York Festival of Radio), Rock of Ages (about Skellig), Pighomage, Boghomage, I am what I would be (on trees), Two Ladies of Galway (Anne and Catherine Gregory of Coole Park) are classics,  stemming from John Quinn's special gift as a maker of programmes....described as 'Interviews of rare clarity, sympathy and sophistication; documentaries of extraordinary atmosphere, perception and narrative grace...'  Following the untimely and tragic death of his wife Olive in 2001, he bared his soul to help others in his deeply personal documentary on their lives together, A Letter to Olive.  This was truly unforgettable radio.  This was borne out when extended extracts from the programme were played, and John Quinn was interviewed at length, on the Marian Finucane show two days later. Harry Browne, the Irish Times radio critic said, 'the best summary of A Letter to Olive and of Quinn came from a call that Finucane read out: 'the caller says that John Quinn has the gift of intimacy, then she broke down and couldn't say any more'.  A Letter to Olive is to be published by Town House in April 2003, under the title of Sea of Love, Sea of Loss.

John Quinn is also a successful and passionately committed author of children's fiction. Among his popular young adult novels is The Summer of Lily and Esme, described by the critics as .. ' an instant classic.... breathtaking for its simplicity and sheer readability' - no surprise then that it won the 1992 Bisto Children's Book of the Year. It was also adapted by the author for a five-part radio drama.  'Perfectly authentic' was how Eilís Dillon described John Quinn's first adult novel, Generations of the Moon (Poolbeg, 1995) - a family saga of sectarian strife along the Border from 1926 to 1975, a powerful story of nurture working against nature.  His non-fiction publications mostly relate to his radio work. Along with those already mentioned, other works  of note include The Tinakilly Senate (1993), and My Education (1997), interviews with 39 people of influence on their formative years.

And so we have in John Quinn, an Irish patriot in the best sense of the word and a faithful son of Ballivor and of the Royal County - one of his gods is Meath football manager Sean Boylan, and heaven to him is witnessing Meath triumph in the All-Ireland  final.

Using Seamus Heaney's words from Station Island as his motto, John Quinn has certainly struck his own wondrous enduring notes over a continuing fruitful life.