Two international leaders in the fields of business and academia have been appointed to the Governing Authority of University of Limerick (UL).

Grainne Barron, CEO and founder of Viddyad, a video technology  platform, and Dr Garret FitzGerald, McNeil Professor in Translational Medicine and Therapeutics at University of Pennsylvania, Philadelphia, were this week appointed to the authority by the Minister for Education and Skills, Richard Bruton TD.

Welcoming the appointments of Ms Barron and Dr FitzGerald, Chancellor of University of Limerick and Chairperson of its Governing Authority, former Tánaiste, Mary Harney said: “UL is a young and dynamic university with the potential to become a stronger driver of regional development and a truly international university with significant research impact. Grainne and Garret will be excellent additions to the university’s board of management and will bring with them a global perspective, which will assist in achieving these objectives. Both of the Ministerial appointments bring extensive international leadership experience that will complement the skills and expertise of the Governing Authority members already elected and appointed.”

Grainne Barron is CEO and Founder of Viddyad and is responsible for commercial product development internationally. She is a recognized expert in video advertising technology and has been featured on WSJ, Bloomberg TV, TechCrunch,USA Today and other leading news outlets.
Grainne, who is on the Crunchbase User Advisory Board in San Francisco, has been listed as one of the most influential business leaders in technology in Ireland, won the PWC Most Innovative Startup award. Viddyad also won the advertising category of Sir Richard Branson’s Extreme Tech Challenge, at the Consumer Electronics Show 2017 as well as the Web Summit Spark of Genius award for Best European Technology Innovator.

Grainne was awarded the L’Oreal Women in Digital Award 2016 in NYC. The Huffington Post Business also published an article about Grainne Barron as a Trailblazing Woman. Grainne also recently received the International MBA Entrepreneur of the Year Award in London for her achievements in the innovation and technology sector.

Dr Garret FitzGerald MD, FRS is the McNeil Professor in Translational Medicine and Therapeutics at the University of Pennsylvania in Philadelphia, where he chairs the Department of Systems Pharmacology and Translational Therapeutics and directs the Institute for Translational Medicine and Therapeutics. Dr FitzGerald’s research has been characterized by an integrative approach to elucidating the mechanisms of drug action, drawing on work in cells, model organisms and humans. His work contributed fundamentally to the development of low-dose aspirin for cardioprotection. Dr FitzGerald’s group was the first to predict and then mechanistically explain the cardiovascular hazard from NSAIDs. He has also discovered many products of lipid peroxidation and established their utility as indices of oxidant stress in vivo. His laboratory was the first to discover a molecular clock in the cardiovascular system and has studied the importance of peripheral clocks in the regulation of cardiovascular and metabolic function. Dr FitzGerald has received the Boyle, Coakley, Harvey and St Patrick’s Day medals, the Lucian, Scheele and Hunter Awards, the Presidential Award for the Irish Abroad and the Cameron, Taylor, Herz, Lefoulon-Delalande, and Schottenstein Prizes. He is a member of the National Academy of Medicine, an honorary member of the Royal Irish Academy and a Fellow of the American Academy of the Arts and Sciences and of the Royal Society.

Following a review of its structure undertaken last year, UL’s Governing Authority was reduced in size from 35 (a GA can be made up of up to 40 members) to 29 members, making it one of the most streamlined of Irish university boards.

The UL Governing Authority is appointed in accordance with the Universities Act and the current authority's term of office is from 1 December 2017 to 30 November 2022.  The Authority is chaired by former Tánaiste, Ms Mary Harney.

The functions carried out by the Governing Authority include: 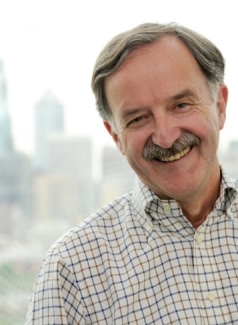