Trainee paramedics at University of Limerick taking part in the large outdoor exercise on campus with the Rescue 115 helicopter Picture: Sean Curtin/True Media

Victims of a simulated terrorist attack were loaded onto a rescue helicopter at University of Limerick as a major operation by paramedic students swung into action.

The trainee paramedics, joined by nursing and medical students, took part in the large outdoor exercise involving the Fire Service and Ambulance personnel – plus the Shannon-based Rescue 115 helicopter – on campus last Friday.

29 students on the BSc in Paramedic Studies responded to the simulated major terrorist event of a car crashing into a group of people. There was upwards of 20 patients with a field hospital erected and units of Limerick Fire Service and Ambulance crews responding.

The “terrorist” was removed from the car by fire service personnel wearing chemical suits, with fears of contaminant built into the exercise.

“We have a specific way of teaching that involves the concept of problem-based learning,” he explained of the course, which was the first undergraduate paramedic programme in the country when it was launched in 2016.

“We wanted something that would be of value to the students and one of the areas they have to be conversant with is a paramedic response to a major incident. This is a terrorist scenario, where someone has driven a car at speed into a crowd of people before crashing it. There was a contaminant in the car and we are mimicking the actual response to this situation.

“The students had five patients in really bad shape and had to prioritise one of them to go on the helicopter, so that requires a judgement call.

“They each did runs to the hot helicopter carrying a patient on an orthopaedic stretcher so they all get experience of it.

“It is about preparing students to face this kind of situation in real life,” he added.

First year paramedic student Ella Daly, 20 from Tramore, explained: “There is triage being done on the patients to determine who needs treatment. We have the fire brigade and the helicopter is arriving – it is good practice for a real incident, we are dealing with patients in a realistic setting.

“It gives us that real world experience, you can only learn so much in a classroom, whereas doing something like this will really teach us a lot,” she added.

Second year medical student Michael Pantermarakis, 25 from Canada, said the “mass casualty simulation gives us that experience and is quite applicable to real life, it is better to be prepared for these unfortunate situations than not.

“It is great to be involved from our perspective in the whole simulation,” he added.

Frank Keane said involving paramedic, nursing and medical students, plus those from journalism, in the exercise was a way of preventing them from being “trained in a silo”.

“It is broader than just the students doing what they have been taught to do – that goes for medical, nursing and paramedics – it gives them an understanding of how other people operate and what they need to be aware of from the perspective of other professions,” he added. 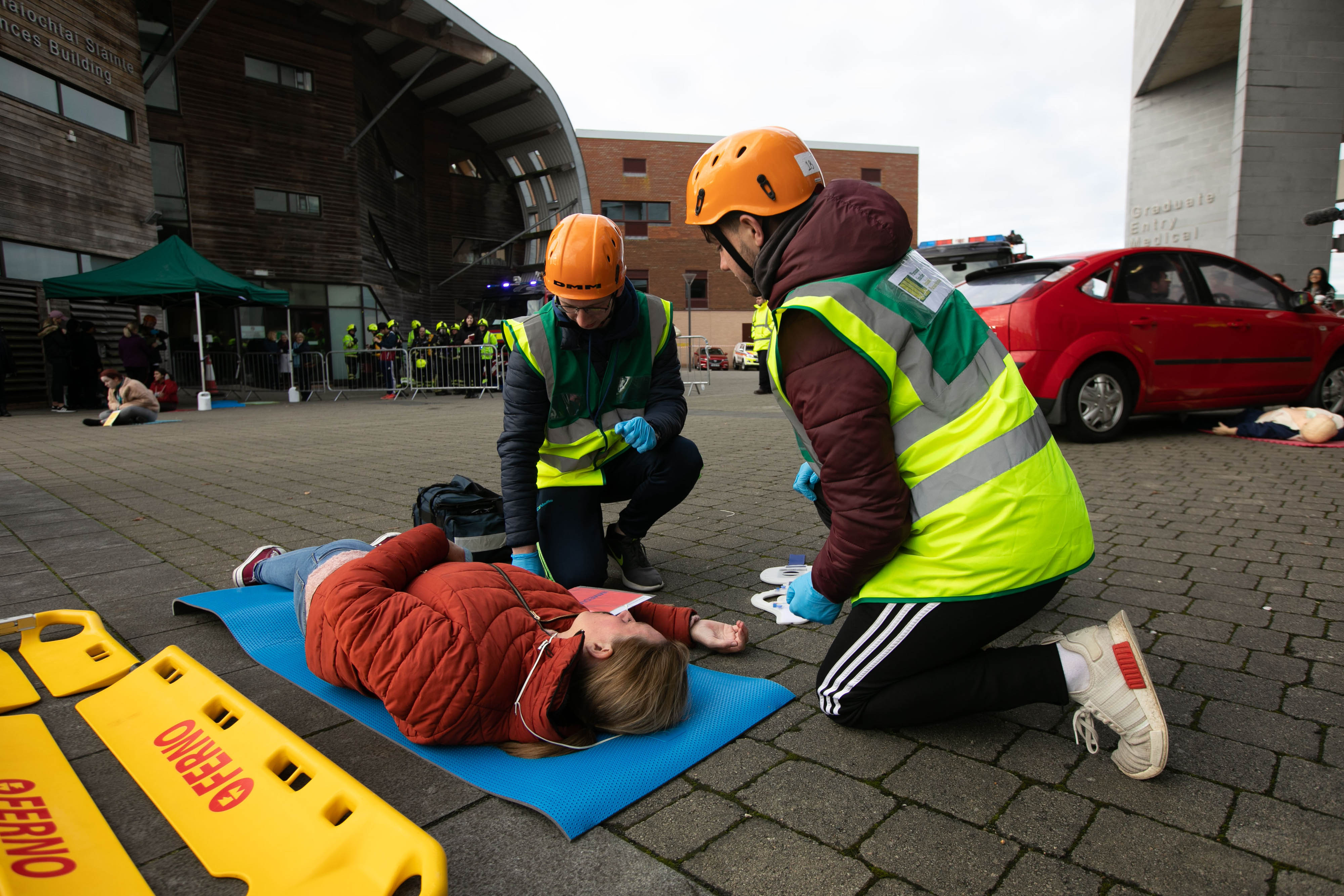