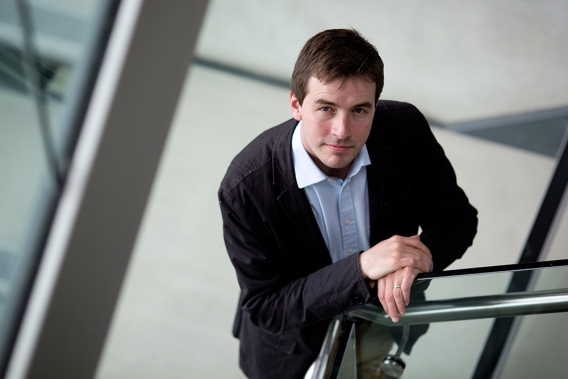 How do we learn from the global financial crisis? What models can be developed to better understand future growth in the EU as people within the EU age? What is the relationship between debt, and demography? How can we design policies taking aging and indebtedness into account? A series of international research projects led by Dr Stephen Kinsella, Senior Lecturer, Kemmy Business School, UL have received in the region of €650,000 funding to answer these questions. This is the largest amount of research funding the Kemmy Business School has received since 2009.

As part of the research, Dr. Kinsella will collaborate with Nobel Laureate, Professor Joseph Stiglitz through the Institute for New Economic Thinking, New York. This three-year research project will study the evolution of debt and demography in European periphery, will develop new models to understand the European economy, and make a direct contribution to policymaking in Iceland, where a new model for the country will be developed, funded by Rannis, the Icelandic statistics agency.

Dr Kinsella said; “These grants will create an international network of researchers working in the same area with the same tools. As a consequence of this funding, the University of Limerick will become the world’s largest centre for stock-flow consistent modeling.”

Dr. Stephen Kinsella is a Senior Lecturer in Economics at the Kemmy Business School and a Research Fellow at the Geary Institute at UCD. He studies the Irish and European economies. Stephen has written 4 books and around 25 journal articles, supervises 1 postdoc, 1 research assistant, and 5 Ph.D. students at UL, and UCD is a weekly columnist for the Irish Independent and regularly briefs the Irish and international print, radio, and TV media on Irisheconomy.ie. In addition to testimony before Ireland’s parliament, Stephen has also written policy pieces for publications like the Harvard Business Review, Foreign Affairs, and VoxEU.