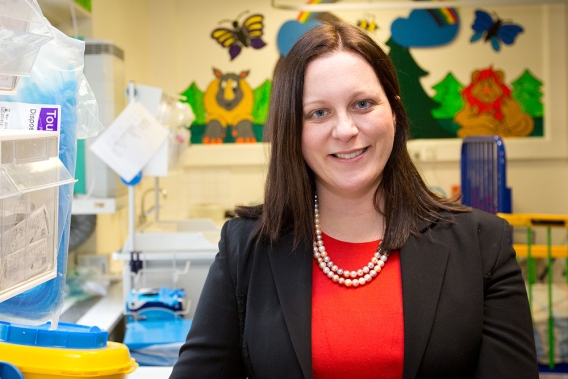 Unhealthy food and drinks are common in children’s TV programmes broadcast in Ireland and England, and frequently portrayed in a positive light, according from new research from the Graduate Entry Medical School at the University of Limerick. Statutory legislation to curb children’s exposure to high sugar and fat food/drink in TV adverts was introduced in the UK in 2007, and similar regulations have recently come on stream in Ireland, however, these regulations are not being applied to programme content.

Professor of Paediatrics at University of Limerick’s Graduate Entry Medical School Clodagh O’Gorman and her colleagues assessed the frequency and type of food and drink portrayals in children’s TV programmes, broadcast between 0600 and 1700 hours Monday to Friday, on the RTE and BBC TV channels in 2010. Both RTE and BBC are national public broadcast channels that do not carry any commercial product advertising, and which aim to inform, educate, and empower their audiences. All food and drink cues were coded according to type of product, use, motivation, outcome, and the characters involved.

A total of 1155 food and drink cues were recorded across 82.5 hours of programming, accounting for 4.8% of the total broadcast material, and averaging 13.2 seconds for each cue. Just under 40% of the content came from the USA. Sweet snacks (13.3%) were the most common food cue, followed by confectionary/candy (11.4%). Tea and coffee were the most common beverage cue (13.5%), closely followed by sugar sweetened drinks (13%). Unhealthy foods accounted for almost half of food cues (47.5%), while sugary drinks made up 25% of drinks cues. Most of the cues involved a major character, 95% of which were ‘goodies.’ The cue was presented in a positive light in one in three instances (32.6%), portrayed negatively on almost one in five occasions (19.8%), and neutrally in around half of instances (47.5%). The most common motivating factors associated with each cue were celebratory or social (25.2%) and hunger/thirst (25%). Only 2% of cues were related to health.

Co-author and Director of Research at the Medical School, Prof Colum Dunne, commented “Over 90% of characters were not overweight, despite consuming unhealthy products. This is not a helpful or accurate portrayal of current Irish or UK populations, where overweight and obesity are prevalent and increasingly problematic”.

Speaking about the research findings Professor O’Gorman said: “While there is a clear link between exposure to advertising of unhealthy foods and their consumption in young children, the impact of unhealthy food/drink content in TV programmes aimed at children, is not clear. Eating and drinking are common activities within children specific programming with unhealthy foods and beverages especially common and frequently associated with positive motivating factors, and seldom seen with negative outcomes. This is something that parents, policy makers and physicians should be aware of, and this should be balanced by more frequent and positive portrayals of healthy foods and behaviours.”