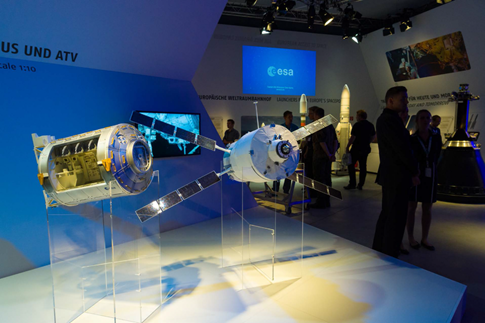 As part of a project with the  European Space Agency (ESA) Dr. Emil Vassev and Prof Mike Hinchey are currently working on the development of autonomous systems in space exploration missions. These autonomous systems will enable spacecraft to adapt to unforeseen situations making them more resilient and able to self-adapt, self-repair and become more fit-for-purpose. BepiColombo is an ESA mission to Mercury.
BepiColombo will perform a series of scientific experiments, tests and measures. For example, it will make a complete map of Mercury at different wavelengths. Such a map will chart the planet’s mineralogy and composition of elements. Other experiments will determine whether the interior of the planet is molten or not, and investigate the extent and origin of Mercury’s magnetic field. Mike and Emil’s research in autonomous systems will enable the Bepicolombo spacecraft to self-adapt becoming more robust and able to spend longer in space without having to return for repairs thus completing the mission successfully.

By applying GORE, they  have built goals models that subsequently helped them derive and organize the autonomy requirements for BepiColombo. They did this by defining the objectives of the mission that must be achieved in the  system’s operational environment (space, Mercury, proximity to the Sun, etc.), and by identifying the problems that exist in this environment. Their research in autonomous systems will not only benefit future  space missions but also exploration robots, drones and autonomous cars.