Professor Ross Anderson was appointed Associate Vice President Academic Affairs in December 2019.  In this role Ross has oversight of all aspects of academic affairs and academic quality and, through stakeholder engagement, will help shape the future frameworks to support the University in enhancing its academic offerings.

Originally from Aberdeen, Scotland, Prof Ross Anderson has a PhD in Electronic and Computer Engineering with Biomechanics (UL ‘02), an MSc in Medical Physics and Biomedical Engineering (Aberdeen ‘97), and a BSc (1st) in Applied Physics (RGU ‘95).  Until 2017, Ross was a Senior Lecturer in Biomechanics in the Physical Education and Sport Sciences Department.

Ross has served the University in a variety of roles at department, faculty and institutional levels since arriving at UL in 1997 including Associate Registrar, Director of Academic Registry, Assistant Dean (Academic Affairs), and course director. He is also a member of the recently constituted National Academic Integrity Network.

Prof Anderson was co-founder and co-director of the Biomechanics Research Unit at the University.  He has served as a director and chaired the nominations committee, of the International Society of Biomechanics in Sport.  In addition, he continues to act as a reviewer for international funding bodies and numerous journals.

His main research focus is grounded in the measurement and analysis of human movement in both clinical and sporting environs.  A multifaceted theme incorporating sensor design, assessment of variability based movement characteristics, design of effective feedback modes and evaluation and creation of alternative methods for processing large data sets.  Ross has also explored the use of large publicly accessible online databases involving web-scraping techniques to download large data sets and subsequently reformatting and recoding these typically disordered data, into workable data sets 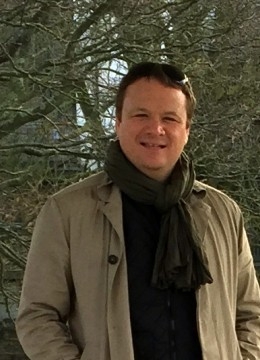