A proud Clare woman, and former graduate of UL Dr. Connolly has over 30 years’ experience in leading, driving and implementing key change initiatives within the Higher Education and Semi-State sectors in Ireland.  A UL Graduate Marie holds a Master’s Degree in Education (M.Ed)  from the University of Sheffield (1998 Distinction) and a Doctorate Degree in Business Administration (DBA) in Higher Education Management from the University of Bath (2018) where she was awarded the Richard and Shirley Mawdiff prize for outstanding performance.

Dr. Connolly is seen as a leader in the field on gender equality at both a sectoral and national level and successfully led the University’s bid in achieving the prestigious Athena SWAN (AS) Bronze Institution Award in 2015, one of the first universities in Ireland to achieve the award and the institutions renewal to the AS Expanded Charter in 2018.

Marie is passionate about advancing the careers of women in Higher Education and to achieving gender equality for all across all disciplines.

In her role as Director of Human Rights, Equality, Diversity and Inclusion she is committed to driving transformative, meaningful and sustainable change. 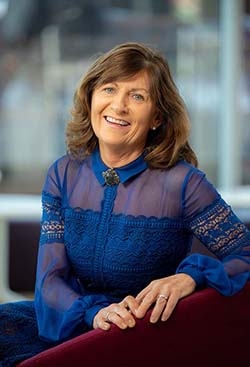