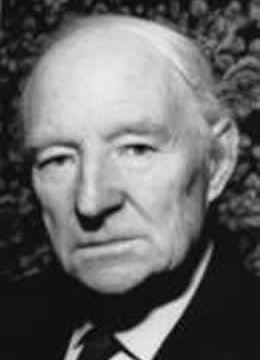 It is a daunting task to summarise the many contributions which T. J. Maher has made to Irish public life.  His early campaigns for farmers' causes led to an active involvement in the founding of the National Farmers' Association (later the IFA) in 1955.  In 1967, he became President of the Association while also taking a place on the Board of B&I.  In 1977 he became President of the Irish Co-Operative Organisation Society; a year later, he took on the Presidency of the Central Committee for Agricultural Co-Operation in the European Community.  During the years 1973 to 1978, Mr Maher was also a member of the Economic and Social Committee of the European Community.  These rapid movements in Mr Maher's career suggest a respect for the farming adage of Cato the Elder: "It is thus with farming:  if you do one thing late, you will be late in all your work".

In 1979 T. J. Maher became a Member of the European Parliament for Munster and served until his retirement in 1994.  His consistent support for Ireland in the Committee on Regional Policy and Planning ensured that this country has had a voice in a forum critical to the needs of the country.  He also took on duties as substitute member in committees concerned with rural development and with petitions, and acted as a member of the European Community -Turkey delegation.

T. J. Maher, a farmer from Tipperary, once described his motives for entering public office:

"In the beginning it's sheer undiluted idealism . . . I felt that farmers as a class in society had an absolutely vital role . . . Then also I was a committed European for a very long time".

The dedication and commitment revealed in this comment have translated into a remarkable life of public service at home and abroad that Mr Maher has combined with the management of a one-hundred acre farm.  This, indeed, is an exceptional man.  T. J. Maher's energetic and engaged approach to the issues affecting his constituency, his association and his country present an extraordinary example of public service for our time.  His positive, forward-looking attitudes serve to confirm Walter Hallstein's aside, "Anyone who does not believe in miracles in European affairs is no realist".