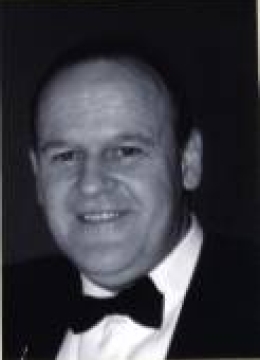 Tom Hyland was born and lived all his life in Ballyfermot in Dublin.  Yet the achievements for which he is being recognised here today have taken place in a context very remote from his Dublin roots.

East Timor lies 5,000 miles away in the Timor Sea north of Australia.  For 400 years until 1975 it was a colony of Portugal.  In that year, although seeking independence, it was annexed by Indonesia and occupied by their forces.  This occupation was resisted by the East Timorese people and this resistance was answered by brutal suppression resulting in the death of over 200,000 people, nearly one third of its population.

Despite the scale of this violence, the brutality in East Timor became increasingly referred to as 'the forgotten conflict'; not forgotten however by Tom Hyland.  Tom first became involved in the East Timor issue having seen a television documentary called "Cold Blood: The Massacre of East Timor".  He was deeply affected by what he saw and almost immediately set up the East Timor Ireland Solidarity Campaign. He quickly became its public face, thanks to his unique approach and open style of leadership.

Tom Hyland has worked ceaselessly to achieve his prime objective of bringing the horror of East Timor, initially to the conscience of the Irish people, and ultimately to the consciousness of the international community.  He passionately lobbied, inter alia, Prime Minister Keating of Australia and senior members of the Irish government.  In this context he persuaded David Andrews, the then Minister for Foreign Affairs, to accompany him to East Timor.  This visit played a very significant part in subsequent events there.  These included the establishment of a United Nations peacekeeping force, which included an Irish contingent, and a Transitional Administration for East Timor (UNTAET).  Internationally supervised elections were also introduced with significant Irish participation.  Following the successful elections in September 2001, East Timor is now in the process of evolving as a democratic state with full independence for its people.  The Presidential elections on April 14th, 2002 were an important milestone and East Timor has become the most recent member of the United Nations.  Tom's efforts, and those of his fellow workers both within and outside East Timor, have had a major influence on all of these events.

Despite his fear of flying and separation from his beloved dogs, Tom has spent almost half of the past three years in East Timor.  In fact he has made the long journey (by boat!) to be with us today.  Tom's longer journey from former bus driver to human rights activist has been well recorded by all sections of the media.  Despite his natural reticence, his achievements in promoting the development of a just civil society in East Timor have also been acknowledged internationally.  It is fitting indeed that the University of Limerick adds to this recognition through its most prestigious award.  In doing so, it not only acknowledges Tom's achievements, but also the efforts of the people of East Timor.