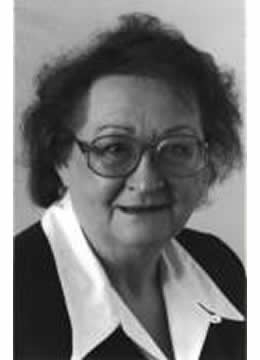 Sylvia Meehan, pioneering Chairperson of  the Employment Equality Agency from 1977 to 1993 set out and implemented large sections of the now established agenda for women's rights in Ireland.  The inspiration and comprehensive quality of her vision have provided a lasting legacy to those working for equality in Irish society.

Issues such as equal pay, maternity leave, sexual harassment in the workplace, and childcare facilities were tenaciously pursued through legal and government institutions to help make Ireland a just and tolerant member of the modern society of nations.  Many of the achievements in such areas were the result of  Sylvia Meehan's honest, open, and principled qualities of character and her determination to make Ireland a better place for all to live.

The ability to face and surmount difficult challenges was expressed early in her career when as a widow with five children, she took on the job of teacher at the Ursuline Convent, Cabinteely.  Within five years she was promoted to Deputy Principal and, as a committed professional, became involved with the needs, rights, and responsibilities of teachers through the ASTI.  Later, when Sylvia Meehan actively began to promote the cause of women's rights through the Council for the Status of Women and the Advisory Council of the Irish Congress of Trade Unions, this practical experience in the methods of hard-won agreements stemming from long meetings of bureaucratic negotiation proved a valuable foundation.  Her belief in Alexander Hamilton's claim, There can be no truer principle than this - that every individual of the community at large has an equal right to the protection of government, a belief deepened through grass-roots experience of hardship, led to her emergence as an ideal leader when the Employment Equality Agency was founded in 1977.

The inception of this Agency marked an official beginning to the long struggle for justice for women in Ireland.  Sylvia Meehan's knowledge of the field of legislation and her background as an educator proved essential qualities in piloting through the monumental shift in attitudes towards women that Ireland has experienced in the past twenty years.  Ireland has much reason to be grateful to Ms Meehan for devoting so much of her life to public office, for giving her knowledge, time and energy to the great causes of justice and equality, and for providing a role model of professional integrity for young women everywhere.

Demonstrating our respect for cultural achievements on the national and international stage.