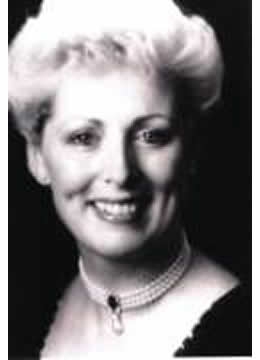 The University of Limerick welcomes back a frequent visitor and much-admired citizen and ambassador of Limerick, Ms Suzanne Murphy.   The welcome home tribute on this occasion provides the university with an opportunity to respond to the great pleasure Ms Murphy has given to the city and to the university over the years; and to demonstrate our respect for Ms Murphy's cultural achievements on the national and international stage over that time.

In 1973, Ms Murphy began her classical music studies with Dr Veronica Dunne at the Dublin College of Music.   From there she joined the Irish National Opera Company.  In 1976 the Welsh National Opera Company engaged Ms Murphy as Principal Soprano, a role which led to many acclaimed performances - Ms Murphy sang as Constanze in Il Seraglio, as  Violetta  in  La  Traviata,  and as Leonora  in Il Trovatore.   She also performed in the title roles of Tosca, Lucia di Lammermoor and Fidelio.

Her reputation as a distinguished lyric dramatic soprano was built up over these years with important engagements for English National Opera, Opera North and the Scottish Opera.   Ms Murphy's international career led to performances at the Munich Opera and the Opéra de Lyon; she sang in Paris, Berlin, Munich, Vienna, Vancouver, New York and Tokyo.  Those privileged to have attended operatic performances by this wonderful singer must surely identify with Shakespeare's Oberon:

Once I sat upon a promontory,
And heard a mermaid on a dolphin's back
Uttering such dulcet and harmonious breath
That the rude sea grew civil at her song
And certain stars shot madly from their spheres
To hear the sea-maid's music

Besides her outstanding career as an operatic and concert soprano, Ms Murphy has given generously of her time and energy to teaching and administration.   She has been an Artistic Patron of Opera Ireland from 1989 to the present and was a member of the Welsh Arts Council from 1983 to 1986. Ms Murphy's contribution as performer, administrator and teacher in Wales was recently recognised by the University of Glamorgan which conferred an Honorary Doctorate of Music upon her in 1999.

Her work as a teacher of vocal technique and interpretation has been a consistently demanding commitment; earlier this year Ms Murphy acted as Principal Tutor in the Second Opera Masterclass series at the University of Limerick.

Ms Murphy's professional career as an operatic soprano continues to grow in performance.    She created the role of June Mathis in the world premiere of The Dream of Valentino by Argento with Washington Opera in 1993.  Recent roles in contemporary opera productions of Poulenc's The Carmelites and Janacek's Jenufa (filmed by BBC2 on location to be broadcast early in 2001), have been seen in Berlin, the United Kingdom and America.  The much-applauded tribute to Catherine Hayes, "The Irish Nightingale" was produced at the University Concert Hall, Limerick  (of which Ms Murphy is a patron) on the third September of this year.

Many famous recordings of this unique soprano voice have been released and continue to be available.   Ms Murphy has recorded work by Beethoven, Rachmaninoff, Tchaikovsky, Puccini and Verdi in addition to the soundtrack of the Academy Award winning film Amadeus (in which her voice was featured).

Suzanne Murphy has given much to Limerick, to Ireland and to the world.  Her talent as a singer has been matched

by her devotion to the hard and arduous training that goes into the development and maintenance of such talent.  Her generous teaching and music administration commitments have occupied much of her precious time and for that commitment, her audience and students remain grateful.

Music, the greatest good that mortals know
And all of heaven we have below.

has been endowed with fresh meaning by the great soprano whom we honour today.