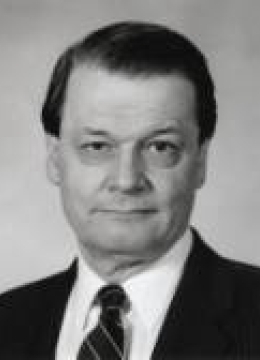 Lord Brabazon once commented that if you cannot say what you have to say in twenty minutes, you should go away and write a book about it.  Here, the difficult task of crediting the wide-ranging achievements of Sir Gordon Beveridge must be accomplished in considerably less time.

Support for the engineering profession has been a major activity of Sir Gordon Beveridge.  As a past president of the Institution of Chemical Engineers, a founder member of the Engineering Council and Chairman of two of its central committees, he has strenuously sought to improve understanding of the strengths of the profession.  His concern to relate engineering to important social issues has led to a current post as Chairman of the British Government's Radioactive Waste Management Advisory Committee which advises the Secretary of State for the Environment.

Sir Gordon Beveridge has contributed over three hundred publications in such fields as Chemical Engineering, plant and process design, the contribution of the engineering profession to the wealth of the nation and technology and knowledge transfer out of academia.  As Professor of Chemical Engineering at the University of Strathclyde from 1971 to 1986 and President and Vice-Chancellor of the Queen's University of Belfast since then, Sir Gordon possesses a rich experience of the workings of knowledge transfer.

As an administrator and consultant, Sir Gordon Beveridge has been called upon to provide his services in a large number of organisations.  The Navan Fort Initiative Group and the Trust and Management Company set up to develop a Heritage Centre there fall under Sir Gordon's purview.  He also acts as a director of Opera Northern Ireland and as a director of various Queen's University enterprises.  His work for charity at Bryson House should also be noted.

It is with great pleasure that the University of Limerick honours Sir Gordon Beveridge today for his outstanding record as a talented researcher, his conscientious public service and his unflagging commitment as an administrator.  We also honour the constructive support he has provided over a long period to the engineering profession.

As The Queen's University of Belfast celebrates its 150th anniversary, we are truly grateful that its leadership is in the hands of such a man as Sir Gordon Beveridge.