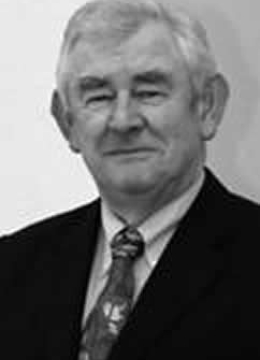 The distinguished career of Seán Donlon spans many fields of endeavour. His work for the Irish public service began at the Department of Finance in 1961. He spent the next 24 years in the Department of Foreign Affairs:  his early duties in the Department of Foreign Affairs and at the Embassy of Ireland in Bonn were followed by a posting as Consul-General to Boston. He returned to the Headquarters of the Department between 1971 and 1978 specialising in Anglo-Irish affairs especially those related to Northern Ireland. His duties on the Northern Ireland desk at a particularly complex time included valuable behind-the-scenes work on the Sunningdale Agreement of 1974. In the next decade he became Ambassador to the United States (and, concurrently, Mexico); Ronan Fanning commented favourably on his work in helping to maintain the delicate connections between Britain, Ireland and America at the time of Jimmy Carter's presidency.

Seán Donlon's commitment to Northern Ireland affairs was widely praised after he returned from America and he went on to lead the Department of Foreign Affairs as Secretary-General and Head of the Irish Diplomatic Service. His work on the two jurisdictions was continued and he played a major role in the construction and implementation of the Anglo-Irish agreement of 1985. Mr Donlon has always proved ready to take on offices of State at critical junctures, particularly those that marked Ireland's relationships with the United States and with the United Kingdom.

John F. Kennedy remarked in 1960 that - 'No government is better than the men who compose it' - Ireland is indeed fortunate to have had a man of the calibre of Seán Donlon in a place of office at this important time. One instance of his conciliatory approach to the ambassadorial role is the major role which he took in encouraging The Friends of Ireland group. This group, founded by Tip O'Neill and which included Daniel Moynihan, Edward Kennedy and Governor of New York, Hugh Carey stressed moderation in Irish affairs among the Irish- American community. The American Ireland Fund, still a major charitable organisation today, stemmed from this initiative. His sensitive and intelligent handling of the issues involved in Ireland's world role was widely praised. His genial personality and friendly presence perhaps contributed to this for, in the words of David Frost, -  'the chief distinction of a diplomat is that he can say "no" in such a way that it sounds like "yes." '

In 1987, Mr Donlon took on the task of Executive Vice-President of the GPA group, then based in Shannon which involved a move to Co. Clare. In 1989 his diplomatic skills were again shown when he managed to persuade Graham Greene to adjudicate the GPA literary award, an award that Seán had taken particular pleasure in creating. At the ceremony itself confusion arose about a distinction between John Banville being awarded the prize along with another prize Greene wished to see awarded to Vincent McDonnell. Both writers were awarded prizes and Seán Donlon relished the extra publicity the affair generated. Seán has a great interest in writing and reading (while also finding time for a regular ten to fourteen mile walk!) his literary interests are currently deployed in an active Trusteeship of the IMPAC Dublin Literary Award.

His experience in government office was called for once more in the years 1995 to 1997 when Mr John Bruton TD, the then Taoiseach, appointed him Chief of Staff and Special Adviser. He also acted as Special Adviser between 2001 and 2002 to Mr Michael Noonan TD, who was then the leader of Fine Gael.

Seán Donlon's remarkably broad working life has given him a unique insight into the entrepreneurial and political culture of the Irish diasporic communities in Europe and America. In the Sunday Business Post, January 2002, Emily O'Reilly referred to Mr Donlon as, 'one of the most astute, able and highly political diplomats to have emerged from Foreign Affairs in the last three decades'. In December 2008, the National University of Ireland awarded Seán Donlon an Honorary Doctorate in Laws.  Since 1997 Mr Donlon has acted as a non-executive Director of Hibernian Group plc, Norwich Union International Ltd, Ark Life Insurance Company, Babcock and Brown Air Ltd, Enba plc and Eureto plc. He was also a Board Member to the Special Olympics World Games held in Ireland in 2003 and currently chairs the Birr Scientific and Heritage Foundation while remaining in an executive position at General Electric Capital Aviation Services Ltd. The annual meeting of the Merriman Summer School is also among his interests.

Mr Donlon's comprehensive record of service in the public sector and in the corporate community makes him eminently qualified for the award that he is to receive here today. And there is further cause for the University of Limerick to join these communities in honouring Mr Donlon's career for he has given exemplary service to this institution.

In 2002, Mr Donlon was elected Chair of the Governing Authority and Chancellor of the University of Limerick, posts that he held until November 2007. Welcoming this appointment, the then UL President Roger Downer said, 'Mr Donlon is a figure of the highest integrity and accomplishment who will lead the new governing authority in guiding UL through its next, critical phase of growth. The University is fortunate to have a figure of such standing as the Chairperson'.  He has also been on the Board of the University Foundation since 2002.

The University of Limerick highly values Seán Donlon's distinguished record of achievement and his association with this campus. Today we celebrate the considerable service he has given to the Irish State and to the university community.

The University of Limerick - honouring those who use their achievements to benefit the people of this city and region and show special appreciation to those who have contributed to the development of this great institution.