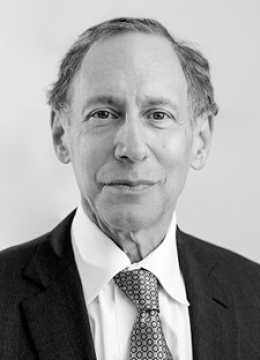 Professor Robert S. Langer was eleven years old when he received his first chemistry set. It was the perfect gift. As a child, Robert struggled with concentration and was prone to daydreaming. Not only did that chemistry set give him something to dream about but inspired a lifelong passion for chemical engineering, which led to a stellar career as a chemical engineer and scientist. It is estimated that Robert Langer’s research and inventions have improved the lives of 4.7 billion people.

It is impossible to overstate the significance to all our lives of the invention by Robert Langer of a revolutionary method of drug delivery. Sometimes referred to as a “pharmacy on a chip”, this ingenious system for controlling drug release was the first to use biodegradable polymers to implant medicines within the body; as the polymers broke down, the medicines were released exactly where and when they were needed. Using ultrasound, electric pulses and magnetic fields, Langer refined the method so that implanted drugs can be released over a period of weeks, or even months. The treatment has revolutionised the lives of many patients suffering from illnesses such as cancer, heart disease and burns and is far less invasive than drugs delivered by injection. His invention of the Gliadel wafer to treat brain cancer directly at the affected site was ground-breaking at the time and continues to be widely used today.
Working at the interface of biotechnology and material science and with over 1,300 articles to his name, Robert Langer is the most cited engineer in history. He is one of the few people elected to three national academies in the United States: the National Academy of Sciences, the National Academy of Engineering and the Institute of Medicine. He is one of only four living individuals to have received both the US National Medal of Science and the US National Medal of Technology and Innovation. He has in excess of 1,100 patents worldwide and sits on over 40 editorial boards. In 2008, he won the world’s largest technology award – the Millennium Prize – and in 2002, he received what is considered to be the equivalent of the Nobel Prize for engineers – the Charles Stark Draper Prize. Media agencies including Time magazine and CNN both listed him as one of the 100 most-important people in America, and Parade magazine identified him as one of six “heroes whose research may save your life”.

Robert Langer attained his bachelor’s degree in chemical engineering at Cornell University in 1970 and his Doctor of Science in chemical engineering at MIT in 1974. On graduating, he received over 20 job offers from oil companies. Almost all his fellow graduates went on to take up lucrative positions in the oil industry, which was booming at that time. However, this career path did not interest Robert Langer, for reasons he would make clear to University of Ontario graduates forty years later. On that occasion in 2014, he explained to the graduates that his dream had always been to use his education to “somehow improve people’s lives”. He eschewed the security of a steady, well-paid job and decided instead to forge his own path, starting with applying to chemical engineering departments at a number of universities. Not one of them would take him.

Langer’s dreams, which included figuring out how to modify plastics to control the release of medication into patients, were not only subversive back then but also, it seemed, impossibly ambitious. One night, when quizzed about his ideas on drug delivery systems during a meal in a Chinese restaurant with fellow professors, his answers were met with scepticism by the senior professors at the table. One in particular, who was smoking a large, old-fashioned cigar, reclined in his chair, blew a cloud of smoke into Langer’s face and said, “This will never work. You’d better start looking for a new job.” According to one interested onlooker – one of Bob’s good friends – it was like watching a scene straight out of a Fellini movie.

Langer’s first nine grant applications were rejected, and he ended up doing his post-doctoral research as the only engineer in a surgery department at Boston Children’s Hospital. The work involved punishing hours trying to identify substances that would stop blood vessel growth in tumours and then figuring out how to deliver the substances to the tumour over a long period of time. Struggling in the face of much scepticism, it took ten years before Langer’s new discovery in medicine was recognised. His invention of biodegradable polymers for drug release combined engineering and medicine, and it is certain that the time he spent working at the hospital fostered a lifelong dedication to multidisciplinary research as well as his unconventional approach to life and work.

Robert Langer’s personal successes tell only part of his story. It is a measure of the man that he sees his greatest triumph not in his own achievements but in those of his students. Approximately 300 of his graduates are professors at universities around the world, and many others are successful entrepreneurs. While his own research has been at the cutting edge of scientific and medical discovery over the past forty years, what is equally impressive is his attentive supervision of students and his ability to inspire them to follow their dreams. This is due in no small measure to the boundlessness of Professor Langer’s thinking. Like all true visionaries, he sees possibility in the impossible. For example, one of his former students, Laura Niklason, who is now a professor of anaesthesiology and biomedical engineering at Yale University marched into his office one day and announced, with fanfare, that she was going to build an artery. Langer’s response? “That’s great, Laura. You do that.”

As if all of this were not enough, Robert Langer heads up the largest biomedical engineering laboratory in the world. The Langer Lab at MIT employs more than 100 people and maintains over $10 million in grants. When asked about the success of the lab, Langer acknowledges the importance of funding but insists that “most of it is attitude … that people feel there are no limits to what they can do, and that they’re doing something important.”

The scale of Robert Langer’s achievements is truly remarkable. His work over a period of four decades has been unparalleled in terms of its innovation and its benefit to billions of people the world over. Through his creativity, selflessness and ability to dream big, Bob Langer has touched the lives of an incalculable number of people. We were honoured to host him at UL last year as a Bernal Distinguished Lecturer, and it is with the utmost respect that we welcome him back today to honour him with this award. President, I present to you Robert S. Langer and ask that you confer upon him the honorary degree of Doctor of Engineering.