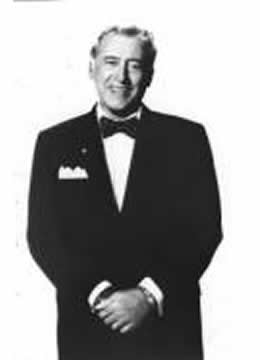 It is fitting that the University of Limerick should honour Rómulo O'Farrill, Jr., Honorary Consul of Ireland in Mexico, international businessman, entrepreneur and statesman.  In his public and in his personal life, Mr O'Farrill has espoused and fostered many of those values which the University cherishes - national and international economic and business development, the channelling of energy and expertise towards the welfare of others, and the creation of employment.  He has pursued these values on the basis both of personal service, commitment and dedication over a wide array of interests, and the motivation of idealism and commitment in others.

Rómulo O'Farrill, Jr., was born in 1917 in Puebla, Pue, Mexico and was educated in both Mexico and the United Status.  He is of Irish ancestry; his family emigrated from Co. Longford in the 1700s.  His life, from an early age, has been devoted to development in its most creative and broadest perspectives, to international trade and commerce, and to the harnessing of the forces of entrepreneurship and creative energy for employment, social development, economic growth and output.

He has interspersed these demanding objectives with public service - including over 20 years as Honorary Consul of Ireland in Mexico - and has been duly decorated and recognised by many countries.  Throughout, he has been a good friend to Ireland in Mexico and in Latin America, and he has facilitated many important Irish developments on that continent.

His national positions in Mexico have included his being President and Director General of Grupo Piramide - the national media and communications group; Chairman of the Board of Nueva Impresora Y Editora; Chairman of the boards of the Mexican television enterprises; and proprietor, President and/or Chairman of the Board of at least eight other prominent Mexican business consortia.  Notwithstanding these national commitments, Rómulo O'Farrill has also devoted his energies to being President and board member of patronage activities for Mexican hospital and university interests and for the Mexican Red Cross.  He has also been a guiding force in the development of the Confederation of the Chambers of Commerce of Mexico.

Truly, a man who has interspersed business entrepreneurship at the highest levels in Mexico with social and community work of widespread importance. But that is not all.

At the international level, Rómulo O'Farrill has been to the forefront in fostering and developing inter-American affairs.  He has been chairman of the board of four major international companies - the business interests and impact of which have spanned the Americas, Europea and Asia.  And he has been a board member of many others.  Rómulo O'Farrill has excelled in identifying opportunities and developing them for the common good through global development in the fields of business and commerce.

Rómulo O'Farrill was and is a man of leadership...of firm commitment and dedication...and of service, always harnessing his vision to the realities and possibilities which surrounded him, thereby creating economic activity.  Where others saw obstacles and problems, Rómulo O'Farrill saw opportunities and a synergy for growth and development.

It is not surprising that a man of these qualities and vision has been recognised as such by his own country, Mexico, by many other countries and by the international community.  At home in Mexico he has been awarded the Order of Chivalry of the Red Cross and the ranks of Knight Commander, Knight Grand Officer and Grand Prior of the International Order of St Hubert.  Abroad he has been decorated and awarded high honours also...in Germany, Commander of the Great Merit Cross; in France, the Legion of Honour; in Spain, the Great Cross of Isabella; in Italy, Commander of the Order 'Al Merito della Repubblica Italiana'; and in Malta, Knight of Magistral Grace.

Rómulo O'Farrill, Jr., is a man of vision and of service to others; a man who has, over his lifetime, pursued and created economic growth and development with persistence and determination.  It is fitting that the University should honour this man and his lifetime's work by conferring on him the Honorary degree of Doctor of Economic Science.