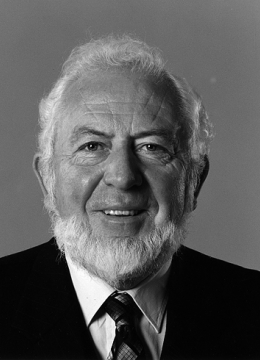 In April 1972, a photograph in Business and Finance magazine of a young Ed Walsh standing outside Plassey House in a trendy leather coat caught the eye of an RTÉ management services analyst. The accompanying article gave details of Dr Walsh's innovative plans for the new National Institute for Higher Education (NIHE), which was to open its doors in Castletroy, Limerick later that year. The attentive RTÉ analyst was a Trinity College graduate with a Diploma in Public Administration, a Bachelor of Arts, a Bachelor of Commerce and a Master of Business Administration. Excited by references to major academic innovations such as modular credit systems, continuous assessment, interdisciplinarity and cooperative education, the analyst decided there and then that he wanted to be part of this infant college that was going to change the face of third-level education in Ireland. He submitted his CV and became NIHE's first lecturer in accounting and finance in July 1972. This man was Leo Colgan. In 1973, then in his mid-thirties, Leo Colgan was appointed founding registrar of NIHE. At the time of his retirement in September 2002, Leo had the distinction of being the longest-serving registrar in the history of the state's seven universities.

Those early years were fraught with political challenges for the fledgling college. When NIHE was forced against its will in 1975/76 to become a recognised college of the National University of Ireland under UCC, Ed Walsh and his senior management team, including Leo Colgan, fought tooth and nail to reverse the decision. Their dogged persistence paid off, and the link with UCC and NUI was severed in 1977/78. NIHE was once again free to develop its own unique mission. Four years later, this group's single-minded determination for independence was further rewarded when the NIHE Limerick Act, 1980 was signed, which put the institution on a solid statutory footing at last.

As founding registrar of NIHE, Leo Colgan put in place robust academic and administrative systems appropriate to the mission and ethos of the young institution. Many of these systems, processes and procedures remain in place to this day at the University of Limerick. Of particular note is UL's conferring ceremony. Together with Eoin McCann and a small group of colleagues, Leo designed a uniquely personal, graduate-centred, carefully choreographed conferring ceremony that has been replicated year after year since the inaugural ceremony of 1977. The quality and splendour of UL's conferring ceremonies are a regular reminder to us all of Leo's contribution to the development of the institution and represent one of his many legacies from his 30-year career at NIHE/UL.

Perhaps the achievement that Leo himself would be most proud of and that marks one of the most significant milestones in his career and in the life of the institution thus far is the granting of university status to NIHE in 1989. Leo Colgan played a crucial role in this process, and the culmination of 17 years of endeavour paid off when the University of Limerick - the first university to be established since the foundation of the state - came into being in 1989. For your contribution to making this much sought-after event a reality, Leo, and for your role in the integration of Thomond College of Education into UL in 1991, we are truly grateful.

In addition to his role as registrar in the early days, Leo Colgan assumed responsibility for HR, the administration of the Governing Authority and the development of quality assurance systems until such time as dedicated staff people were recruited to these functions. Along with fellow honorary doctorate recipients John O'Connor and Pat Kelly, Leo formed part of a three-person negotiating committee, which operated at NIHE for nearly a decade prior to the appointment of a personnel officer in 1981. Leo was a skilful negotiator. His people skills enabled him to deal with difficult and delicate industrial relations issues from which Ed Walsh, in his own words, should be kept well away!

Leo Colgan introduced a range of initiatives to support and enhance the student experience at NIHE/UL, including the appointment of the first sports and recreation officer and music and arts officer. Indeed, sport has played and continues to play a huge role in Leo's life. With 13 Dublin county medals in hurling and football at underage, minor and junior level to his name, Leo put his love of sport to good use at the young NIHE by campaigning for the right of the institution to compete in the established university competitions. Leo's perseverance in this regard paid off handsomely when NIHE was admitted to the sacred inner sanctum of intervarsity GAA and hockey in the mid-eighties. The institution's first intervarsity triumph in 1987 - in hurling's prestigious Fitzgibbon Cup - was followed by many successes over the years in a wide range of sports. In 2002, in recognition of Leo's contribution to the development of sport at UL and to mark his retirement, the Sports Department donated a trophy in Leo's name - the Leo Colgan Perpetual Trophy - for the winners of the annual staff mixed doubles tennis tournament. Leo presents the trophy to the winners every year.

Efforts led by Leo Colgan over a number of years resulted in NIHE Limerick becoming a member of the Central Applications Office in 1982. Leo represented NIHE/UL as a director of the CAO board from 1982 to 2002 and served as its chairperson from 1991 until December 1997. The CAO currently caters for 46 institutions and receives in excess of 77,000 applicants for 46,000 places on 1,325 courses. Much of the expansion of the CAO system took place under the excellent chairmanship of Leo Colgan.

Other highlights of Leo's 30-year career include his membership of the Higher Education Authority from 1982 to 1987, his role in establishing academic links between UL and Mary Immaculate College in the early nineties, his role in the development and implementation of the Freedom of Information Act across the Irish third-level sector, his contribution to the passing of the Universities Act 1997, his membership of the Inter-University Quality Steering Committee from 1995 to 2002 and his membership of the University of Limerick Governing Authority from 1997 to 2002. Of course, we cannot talk about the highlights of Leo's career without mentioning the time he duetted on piano with Phil Coulter very late one night following a concert to open the University Concert Hall.

Even though he retired in 2002, Leo did not sever all ties with his beloved UL. He has just concluded a five-year term as chairperson of the board of trustees of the National Council for Exercise and Fitness and remains a frequent welcome visitor to the campus to keep in touch with friends and ex-colleagues.

Throughout his 30 years at UL, Leo has been supported by his family of two daughters and four sons, three of whom are graduates of UL - and now has time to enjoy his 17 grandchildren. Today we join with them all in celebrating Leo's role in the establishment of the University of Limerick and his significant contribution to shaping it into what it is today.