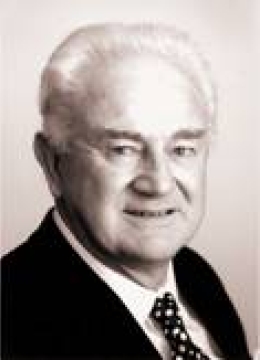 For more than three decades, Patrick J Murphy has played a major role in the appreciation and revitalisation of Irish art. He has deftly managed to combine his expertise in business with a dedication to the cause of visual art. Patrick J Murphy was selected to receive the Business2Arts Award for Most Outstanding Business Contributor to the Arts in 2007 and awarded the Brigid Roden Gold Medal at the event held to mark that occasion. He has given long-standing service to the Arts Council of Ireland, first elected to the Council in 1981 and appointed as Chairman in 2000. He also acts as Art Adviser to the President of Ireland and to the Office of Public Works, both since 2000, to ensure that the best of contemporary Irish art is displayed in state buildings.

Patrick J Murphy has collected art in a personal capacity for over forty years. He had an active role in the founding and development of ROSC, an organisation which he has chaired since 1980; he also chaired the Contemporary Art Society from 1991 to 2000 and is a member of the International Council of the Museum of Modern Art in New York since 1990. The University of Limerick is justly proud of its National Self Portrait Collection; Patrick Murphy is a trustee of this collection and his enthusiasm, guidance and generosity have helped in developing the richness of the university's holdings. His contributions to the Arts and to the industries in which he worked have been recognised by many awards including the Lord Mayor of Dublin's Millennium Medal, 1989.

At the presentation of the Business2Arts award, Dermot Egan, former chairman of the National Concert Hall commented, "He was involved long before the Celtic Tiger, back when art was not fashionable as it is now - he gave his time unstintingly". Memberships in the national arts bodies of the island of Ireland are numerous in Patrick J Murphy's busy life: these include the Arts Council (which he also chaired 2002-2003), The Northern Ireland Arts Council Visual Arts Committee, the Department of Foreign Affairs Cultural Relations Committee and the organisation of the Visual Arts Exhibitions in Brussels 1990 and 1996 to mark Ireland's Presidency of the European Union; he also chaired the Contemporary Irish Art Society Company between 1991 and 2000. In more recent years, Patrick J Murphy became a Board Member of the Ireland Newfoundland Partnership in 2002 and earlier this year he acted as Judge and Opener of the Royal Ulster Academy Annual Exhibition in Belfast. This active schedule is combined with a deep-seated realisation that art does not fit the corporate brief, it belongs to a different world. As Jorge Luis Borges puts it, 'art always opts for the individual, the concrete. Art is not Platonic'.

Patrick J Murphy took a particular interest in the work of Patrick Tuohy who died tragically in New York in 1930. Patrick J Murphy writes of the genesis of his work on Tuohy which was published as a monograph in 2004. In 1967 he was intrigued by a picture in a dealer's shop, The Beach near Arklow. He began to catalogue Tuohy's works, "within one year . . . almost 200 known pieces". As the work progressed, Patrick Murphy explains that "My admiration for Tuohy grew with each fresh discovery, until I was soon convinced that he was a major Irish artist who had been largely forgotten because of the upsurge of Modernism in the 1960s in Ireland". The book was reviewed by Brian Lynch who commented that it was 'indicative of a revolution of the study and appreciation of Irish art' and 'invaluable' in recording 243 works by Tuohy and establishing 'the basis of a future catalogue raisonné'. This concern to profile and carefully document the reputation of a lesser-known artist typifies Patrick J Murphy's generosity of spirit. He has been a tireless champion of Irish contemporary art, mediating the work of such artists as Francis Tansey and William Leech to a wider public - catalogues, newspaper articles, a chapter on the graphic works for a book on Tony O'Malley are among these contributions; in 1999, Patrick Murphy was elected an Honorary Fellow and received the Gold Medal of the Royal Hibernian Society for Services to the Arts in Ireland. He was also awarded an honorary fellowship of Trinity College, Dublin in 2001.

Patrick J Murphy has had a distinguished business career. He worked for the Guinness Group in Dublin, London, Malaysia and Ghana between 1959 and 1973. He then became Managing Director of Irish Malt Exports, worked with Minch Norton as Chief Executive and as Marketing Director of Greencore Malt Division. He took on the role of Chairman of the Society of Irish Maltsters from 1989 to 1999. His success as an entrepreneur has been recognised by several bodies: he was twice elected President of the Irish Exporters Association, President of Euromalt, Brussels, and Head of the Irish Malt Delegation to Euromalt. Notwithstanding this eminence in business, Patrick Murphy has confessed to where his heart lies: in an interview with the Sunday Business Post in 2002, he was asked to name the three things he would purchase if he had all the money he could wish for - "three paintings...by ...Pierre Bonnard, Franz Kline and Mark Rothko".

Many institutions in Ireland owe a debt of gratitude to Patrick and Antoinette for their long-standing support of the arts. Primary schools, local authority collections, the National Gallery of Ireland, the Irish Museum of Modern Art, Trinity College, Dublin, the National Self Portrait Collection and artists in need have all benefited from the generous engagement of this family in the cause of Irish visual art.

The university treasures its connection with the business community and its honouring of a practitioner who also has a passionate connection with the world of art is a notable event on this campus. Aesthetic education plays a significant role in our programmes. The Art Collections here span centuries of visual art, sculpture, and ceramics and we are proud of our galleries and public works of Irish and international art; music and dance are also strengths of this institution. The link between the arts and the business industries is exemplified today in the honouring of Patrick J Murphy who has done so much to build, develop and foster this relationship.