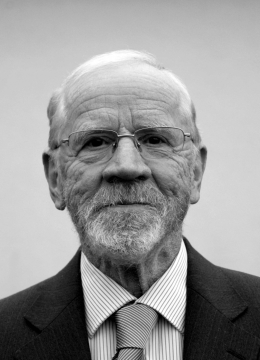 In January 1972, a selection board at Limerick's brand new National Institute for Higher Education identified a young man named Patrick J. Kelly as a most desirable candidate to become the institution's first librarian. According to Ed Walsh, "If we got him we would have one of the best and most progressive minds in the system". Luckily NIHE did get him, and Pat Kelly was appointed director of Library Services later that year. He retired in 1998 as director of the Information Systems & Services Division. Pat's title in 1998 reflects the innovation he brought to the service during the University of Limerick's formative years.

Pat Kelly saw his appointment as a rare opportunity to create a university library from scratch at a time when the traditional means of creating, disseminating, storing and accessing information was being radically influenced by the emergence of new information systems. From a starting point of "no stock and no staff", Pat's ambitious vision for information services was evident from the very beginning. In the booklet for the official opening of NIHE, Pat wrote, "The Library must collect and store recorded information in all existing and future forms and utilise the most advanced intellectual and mechanical systems in its codification and retrieval". Pat Kelly realised this vision in a number of ways.

Pat was responsible for the phenomenal growth of the library from its original location in the basement of Plassey House to the current purpose-designed Glucksman Library & Information Services building. He secured a European Documentation Centre for Limerick in 1974 and built up a network of regional medical libraries in Limerick, Ennis and Nenagh. He worked closely with the Regional Development Organisation, the National Technological Park and Shannon Development to support regional development with an innovative commercial information service for local business. Under his directorship of information systems and services, the IT backbone of the institution was developed. This enabled the development of the university's administrative systems as well as communication within and beyond the university and supported UL's first presence on the internet. Pat was responsible for the introduction of the faculty librarian support model within the institution and for embracing information skills training as a major priority.

Throughout his career, Pat Kelly strove to develop the fundamental role of the library in the advancement of learning and the role of librarians and information professionals in collecting, safeguarding and making available the records of humankind. Rather than trying to build up enormous print collections, which would have been an impossible task for such a young library, he used technology to provide users with access to the richest global collections in bothprint and electronic formats. In tandem with the development of relevant local print collections and access to online collections, Pat fully recognised the importance of unique archives and rare books for university research. The Norton collection - which subsequently became the foundation of the Special Collections section of the library - was purchased during Pat's final years at UL. In the mid-nineties, Pat contributed to the management and development of the historic Bolton Library in Cashel by providing specialist support from the UL library.

Pat Kelly placed the library user - whether student, staff or researcher - at the centre of the library's services. His focus was always on the delivery and improvement of services to users in an effort to ensure that they received the best possible access to scholarly resources and learning spaces. Pat constantly engaged with users of the library's services through formal and informal networks and through consultation and policy groups. His membership of university management committees and groups contributed to the development of UL and ensured that library and IT services were constantly reviewed and updated in line with the new directions and aspirations of UL.

From his earliest days at NIHE, Pat Kelly enthusiastically embraced change and adopted new technologies to deliver information and services. The library had the first external network access terminal in NIHE and, working closely with the British Library, was among the first of five libraries in the world to adopt a pioneering computer-based system for catalogue production. NIHE was also the first academic library in Ireland to provide an online catalogue. Pat's appointment in 1986 as director of the Information Systems & Services Division, incorporating the Library and the Information Technology Department, was a fitting tribute to his commitment to providing seamless services through the use of technology. This 'Information Czar' role was beginning to emerge in the USA and the UK but was unique in Ireland.

Libraries have always developed systems of cooperation to ensure that scholars can gain access to the information they need. One of the ways Pat Kelly contributed to this tradition was by working cooperatively with other Irish university librarians. In particular, Pat's belief in consortia purchasing paved the way for the development of the highly successful Irish Research eLibrary - a nationally funded, electronic university research library that provides online access to full-text articles from thousands of quality peer-reviewed research publications. IReL has proved to be pivotal in the growth of research in Irish universities and acts as a model for similar developments worldwide.

Pat Kelly was highly regarded by his peers as a clear and incisive thinker; he always questioned the status quo and continually sought creative solutions to the challenges facing third-level libraries. Both at home and abroad, Pat contributed significantly to academic journals, professional bodies and conferences relating to library service provision. Through his membership of the Committee of National and University Librarians, the Standing Committee of National and University Librarians (UK) and the International Association of Technological University Libraries, Pat ensured that the NIHE/UL library enjoyed equal status with other university libraries. From 1993 to 1996, Pat led a number of EU funded research projects involving academic libraries, museums and research organisations such as the Victoria and Albert Museum, the Hunt Museum, IBM UK, Imperial College London, Chalmers University and Delft University of Technology. As well as forging national and European links, Pat developed relationships with colleagues in the US and led a library technology and skills transfer programme between NIHE and Khartoum Polytechnic Institute.

Pat was highly supportive of his staff and encouraged them to reach their full potential and to contribute professionally through national and international avenues. He was especially open to new ideas for change and always took pride in and unselfishly acknowledged his colleagues' contributions to the library's many successes.

The enduring value of 'library as place' was particularly important to Pat. Two weeks before his retirement in May 1998, the Lewis and Loretta Brennan Glucksman Library & Information Services Building was officially opened. In addition to contributing significantly to the concept and design of the new library, Pat's creativity was put to excellent use through his involvement in the design of the Foundation Building and the University Concert Hall, which he successfully steered through a critical phase of its development.

The University of Limerick honours Pat Kelly today for pioneering, planning and developing a library and information service geared to the needs of a university in the information age.