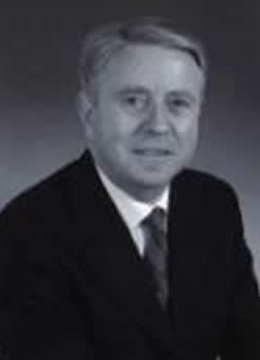 Pat Cox, academic, broadcaster, politician, visionary, is an honoured guest of the University of Limerick today. His career began at the Institute of Public Administration in Dublin and at this university where he lectured in the 1970s. His commitment to Limerick began even earlier during his childhood years here and it is fitting that he was awarded the Freedom of the City by Mayor Dick Sadlier in May 2002. In that year Pat Cox was also presented with the '2002 European Movement/Aer Rianta European of the Year' award by An Taoiseach, Bertie Ahern who commented that Pat Cox is "a man who has succeeded in every arena he has entered - lecturing, broadcasting and politics. It came as no surprise to me when he was elected President of the European Parliament. A Limerick man who could persuade the people of Cork to elect him to the Dáil is clearly capable of overcoming any political obstacle" (European Movement Press Release 24 February 2002).  The European Parliament has been fortunate to have had a leader of the calibre of Pat Cox; since 1989 he has ensured that the voice (and lilt) of Ireland has been heard at the table of European integration. The dedication of Pat Cox to the idea and ideals of Europe has echoed through his relentless working schedule. His public duties including speeches, openings, celebrations, working groups, forums and commissions show a record that is truly remarkable. He has served as a full member of the European Economic and Monetary Affairs Committee, the Institutional Affairs Committee and the Sub-Committee on Monetary Affairs.  A clue to the motivating force of this energy lies in Pat Cox's comment, "to me, the twelve stars of the European flag are a strong and daily reminder that the world could become a better place - if from time to time we had the courage to look up at the stars" (The Globalist, 5 August 2002).  Pat Cox is assured of a warm welcome whenever he returns to Limerick. His role as a founder-contributor to the innovative and successful programme in European Studies at this university has left a lasting mark here. In 1982 he moved to RTÉ and worked for four years as a presenter and reporter on the Today Tonight programme, a programme noted for its incisive coverage of current affairs. When the Progressive Democrats emerged as a political party in 1985 he was appointed General Secretary and shortly after that negotiated the Coalition Government arrangements with the Fianna Fáil party. He then became MEP, and TD for Cork South Central before leaving the PDs in 1994 and standing as an Independent. He was successfully returned as MEP for the Munster constituency and elected Deputy Secretary of the European Liberal Democrats. In 1998 he became President of this party. On behalf of the European Liberal Democrats Pat Cox exercised a key role in insisting on executive accountability of the European Commission before the European Parliament. This led in March 1999 to the unprecedented resignation of the European Commission. In 2002 Pat Cox was appointed President of the European Parliament.  On the occasion of presenting Pat Cox with an Honorary Doctorate in Laws of the National University of Ireland, Maynooth in 2002, President W. J. Smyth referred to the 'strong, focused and articulate voice in the Strasbourg forum' that Pat Cox brings to the European debate.  In an address to the Seanad in 2003 Pat Cox has made a particular point of communicating with the citizens of this country about the affairs of Europe and in conducting a full programme of public activities in the country. In 2003 he opened the University of Limerick Access Campus in Roxboro and the conference on Water in Historic City Centres at the Clarion Hotel. In Wicklow last year he conducted an informal conference across a wide range of issues that related European affairs to the daily concerns of citizens. The headings of this meeting provide some indication of the values underlying Pat Cox's achievements - 'let's do Europe', 'speak in plain language', ' the need to earn consent', 'reality', 'let's have the debate'. Pat Cox continued the discussion by pointing up the way in which everyday concerns such as Blue Flag beaches, the Kilcorney phone box, Single Hull Tankers, Health Cards, Building Sites and the Erasmus programme are addressed through our membership of the European Community.  In his address to the Seanad in 2003 Pat Cox quoted Robert Schumann who suggested that 'inside all of those institutional ideas was one big value, that of creative reconciliation.'Today we honour that value and we honour the broad-minded, warm-hearted dedicated politician who articulated the vision of Ireland and Europe in a truly creative reconciliation.