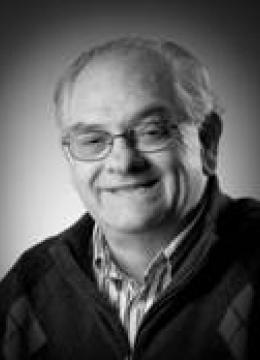 Today we honour Oliver Murphy, businessman, visionary and role model who has represented his country in sport and founded a national movement: he was one of Ireland's first Paralympians and founder of the Irish Wheelchair Association.

On September 18, 1960, in the Acqua Acetosa stadium in Rome, Ireland's first Paralympic team competed in the Paralympic Games - the world's first major international multi-sport event for athletes with physical disabilities. This group of trail-blazers brought home not only two gold medals but a vision and determination to form a movement that would champion the cause of people with disabilities in Ireland.

And so it was that on November 10, 1960, in the Pillar Room of the Mater Hospital in Dublin, Oliver Murphy, members of the Paralympic team and other like-minded individuals - Fr Leo Close, Jack Kerrigan, Joe Davis, Kay Hayes, Joe Craven, Joe Domican and Jimmy Levins - each put ten shillings into a hat and the Irish Wheelchair Association was formed.

From the experience of the Paralympic Games, the group was imbued with a spirit of hope and optimism. They had formed friendships with others from around the world who had, like them, overcome great challenges to progress with purpose and strength and to live independent lives.

A native of Drogheda, Co. Louth, Oliver Murphy has always been a keen sportsman and was involved in Gaelic Games, athletics and gymnastics from an early age. In 1959, at the age of 25, Oliver was paralysed from the waist down in an industrial accident. In 1960, he was transferred to Stoke Mandeville in the UK for intensive rehabilitative therapy. During that time Oliver took part in sports clubs, particularly archery, and saw the power of sport as a means of encouraging independence and confidence in people with disabilities.

A little over a year after the accident, Oliver was representing his country as part of the Irish Paralympic team. He has taken part in four Paralympic Games - Rome in 1960, Tokyo in 1964, Tel Aviv in 1968 and Heidelburg in 1972 - competing in weightlifting, basketball and archery.

At a time when disability excluded people from many aspects of everyday life, Oliver and his co-founders of the Irish Wheelchair Association dedicated themselves to the achievement of full social, economic and educational integration of people with disabilities as equal, independent and participative members of the community. From their experience of attending those inaugural games in Rome, this group was made acutely aware of the infrastructural and environmental limitations that can have significant practical implications for people with physical disabilities.

As the Irish Wheelchair Association reaches its Golden Jubilee, Oliver Murphy can reflect on a legacy that will improve the lives of people with physical disabilities for generations to come.

As John Fitzgerald Kennedy observed: One person can make a difference and every person should try. Oliver Murphy tried and succeeded in championing reforms that are now integral to the standards we expect today. In advocating for the rights of their members, the Irish Wheelchair Association has influenced national policy to improve access to transport, building standards and appropriate housing while raising funds to provide essential services that give people the opportunity to exercise control and choice in their lives. The founding group of eight has now grown into a vibrant network of 20,000 members, 2,000 staff and many dedicated volunteers. To celebrate this landmark achievement, a commemorative stamp will be issued by An Post featuring Oliver and seven-year-old Shane Barker, the youngest member of the Irish Wheelchair Association.

Fifty years on, Oliver Murphy continues to campaign for the rights of those with physical disabilities through his work on the Irish Wheelchair Association's national Access Advisory Group. As a lifelong advocate of inclusion and awareness, he is a force for positive change who tackles every hurdle with great strength and grace.