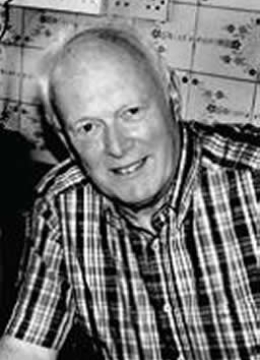 A graduate of UCC, Muiris spent most of his professional life as a teacher in Saint Joseph's Secondary School, Spanish Point, County Clare. In 1970 he married teacher Úna Guerin of Miltown Malbay, County Clare and settled in the town.

Reared bilingually in Irish and English, Muiris had a lifelong personal interest in the Irish language and its culture. As a young teacher in Kerry, he collected traditional stories from the last of the Irish-speaking seanchaithe there - copies of which are now in the National Folklore Collection in UCD. He reviewed for the Irish-language magazine Comhar, was a former chair of Comhairle RTÉ Raidió na Gaeltachta, was a member of many cultural organisations and served as president of Oireachtas na Gaeilge.

In 1972, with his fellow teacher Harry Hughes, Muiris co-founded and co-edited Dal gCais, a local journal that focused on the folklore traditions and, in particular, the traditional music of County Clare. He wrote many articles on such subjects as the Gaelic scholar Eugene O'Curry and the travelling uilleann piper Johnny Doran, and jointly set up Oidhreacht an Chláir, a community-based company promoting the study of the culture of County Clare through a range of educational and archival initiatives.

However, Muiris Ó Rócháin's main contribution to local culture and community life, and ultimately to Irish traditional music on a national and international scale, was made through his involvement in the Willie Clancy Summer School/Scoil Samhraidh Willie Clancy.

After moving to Miltown Malbay in 1970, Muiris became friendly with Willie Clancy, a local uilleann piper, flute and whistle player, singer and dancer, and recording artist. When Willie died unexpectedly in 1973, Muiris was the leading member - along with Harry Hughes, Martin Talty, Junior Crehan, Séamus Mac Mathúna, Peadar Ó Lochlainn and others - of the group that established an annual summer school for Irish traditional music as a memorial to the famous traditional musician. The School began with a focus on Willie Clancy's areas of musical interest, and over the next 40 years, broadened out to include all areas of Irish music and related traditions. Attracting hundreds of thousands of musicians, singers and dancers from around the world every year and immersing them in Irish traditional music, the Willie Clancy School quickly achieved unprecedented success. It became a model for other Irish schools in traditional music, and for four decades now, has been an essential part of the traditional music calendar. An unexpected by-product has been the School's very significant financial contribution to the economy of west Clare.

The international spread of Irish traditional music since the 1970s owes much to the sustained and dedicated work of the Willy Clancy School. Following the establishment of the Irish World Academy of Music and Dance at the University of Limerick in 1994, Muiris Ó Rócháin and his wife Úna were frequent visitors and supporters during the important early years of the Academy. Indeed, many international students of Irish traditional music at the Academy could trace their musical interests either directly to the Willy Clancy School or indirectly through their teachers who had studied there a generation earlier.

As the Director of the Willie Clancy Summer School, Muiris Ó Rócháin was the embodiment of the School's open, welcoming and cooperative attitude to all comers. Muiris's personal integrity was a guarantee of the commitment of the School to its founding cultural brief, and his vision and foresight ensured its continuing successful development. Unassuming and friendly by nature, Muiris Ó Rócháin worked tirelessly and unobtrusively over the years with a large team, including early collaborators like Breandán Breathnach and Na Píobairí Uilleann and especially his long-term colleague Harry Hughes. The Willie Clancy Summer School is Muiris's continuing legacy.

Muiris Ó Rócháin stands as a model of selfless social action for the betterment of the cultural life of all who were touched by his sustained and visionary work in the fields of Irish music and language. As his spirit continues to be an inspiration to all who have been moved by his vision, the fruits of his labour do not cease with his passing but are clearly set to grow in the years ahead.