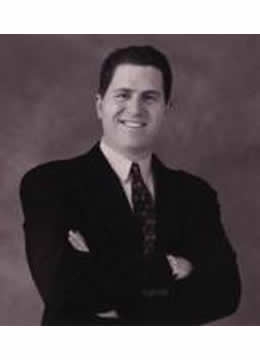 In 1984, at the age of nineteen, he founded Dell Computers, now the fastest growing major computer systems company in the world.  The phenomenal success of this company stemmed from Michael Dell's innovative direct-marketing approach.  Through selling custom-made computer systems directly to end-users and by pioneering service and support programmes that have become a by-word for quality in the industry, Dell Computers radically transformed the production and marketing of computer systems.  In its first seventeen years of operation, sales at Dell rose from six million dollars to 31.8 billion dollars.

Business Week Magazine named Dell as the "Best Performing Information Technology Company" in the world in 1998; the Wall Street Journal positioned Dell stock as number one in investor returns over the past 3, 5 and 10 years.  In 2001, Dell led the global computer-systems industry with almost 14 per cent share of the market.  Ireland has been an important beneficiary of this success: according to the Irish Computer Triple 10, 2002, Dell was the biggest hardware vendor in Ireland in 2001 across all product lines including servers, desktops and notebooks.  The ESB and the Department of Agriculture have both chosen Dell as primary hardware supplier for large ambitious technology projects.

Michael Dell has received much recognition for these sterling achievements.  The richly deserved accolades with which he has been honoured include: '2001 Chief Executive of the Year' (Executive Magazine); 'Entrepreneur of the Year' (Inc Magazine); 'Man of the Year' (PC Magazine) and 'Top CEO in American Business' (Worth Magazine).  In a humorous parable contrasting the direct sales method with older systems, Michael Dell commented, "Let's say you decide to buy a car...red two-door...all sold out...four months to get one.  But a really convincing salesperson talks you into the blue four-door...and probably the rustproofing too...The salesperson gets a nice commission, when she actually sold you a car you didn't want.  Then the dealer sends a signal back to the factory that blue four-doors are selling really well - build some more!"  Michael Dell's view, the contrary to this, is that "we'll listen, and we'll respond....It's about the customer.  It's that simple"

Limerick is proud to be the home of Dell's most productive and cost-efficient manufacturing site world-wide.  The company, the largest employer in the Mid-West region is also Ireland's largest IT employer.  This university has collaborated with Dell (and other Irish companies) to launch a Lean Community of Practice.  Lean Thinking (based on the Japanese term 'kaizen' - 'thinking good') offers a programme of continuous improvement and has enabled the Limerick manufacturing facility, in conjunction with this university, to contribute to Dell's competitive advantage in EMEA, - Europe, the Middle East and Africa.  The Lean initiative, together with the Business Process Improvement Scheme, which educates employees to think from the customer perspective, led to savings of 25 million dollars last year.  Dell plans to double that figure this year.  It is this kind of dynamic and steady interest in efficient change management which has characterised this company from its earliest days.  There is also a continuing concern with education expressed locally through a relationship with Co. Limerick schools and through a programme run in conjunction with this university that has allowed for a mutually creative cross-fertilisation of ideas.  This fusion of interests is well illustrated by the courses which the University of Limerick provides for Dell on the Dell manufacturing site.

Michael Dell began his career well before leaving High School.  As a boy, he always sought to find out how business operated: he puzzled out a way to make stamp-collecting profitable; he sold a record number of newspaper subscriptions by researching where the market lay - with people who had just married or people who had just moved.  The economics teacher was less than amused to discover that young Dell had made 18,000 dollars that year from selling subscriptions to The Houston Post - more than a teacher's salary!  At the age of nineteen, his 'dorm room' computer business, run from the University of Texas, was grossing 80,000 dollars a month, enough to spur him forward to form his own business - with 1,000 dollars as capital.

"You just need a framework and a dream" claims Michael Dell in his book Direct from Dell.  He continues, "the lesson is: Believe in what you're doing.  If you've got an idea that's really powerful, you've just got to ignore the people who tell you it won't work, and hire people who embrace your vision".  This level of dedicated commitment has made Dell a world leader in computer systems production.  And it is the vision of Michael Dell that has been the inspiration for this success.

In his analysis of this success, Michael Dell has consistently returned to certain themes.  A central belief concerns the need to provide staff with a sense of personal investment so that the whole company takes on responsibility, each person is accountable and is thus also able to share in success.  On his frequent visits to the Limerick plant, Michael Dell will get down to the production line or offer a question and answer session to the employees; his belief is in openness, community and joint decision-making.  Giving people, "the freedom and courage to take risks" is among his watch-words.  To derive strength from change is important and Michael Dell makes a link between change and 'the Chinese character for crisis which represents both danger and opportunity'.  In Direct from Dell, Michael Dell summarises the competitive strategies that have pushed the Dell group to its high ranking position: "speed to market; superior customer service; a fierce commitment to producing consistently high quality, custom-made computer systems that provide the highest performance and the latest relevant technology to our customers; and an early exploitation of the Internet".

He also points up the policies that have led to Dell's outstanding record through two vivid sporting analogies.  "The great hockey player Wayne Gretzky once explained his success by saying that he didn't skate to where the puck was, he skated to where the puck was going to be...by the time our competitors have moved to where we were, we're already somewhere else".  And, "Swing for hits, not home runs.  Business is like baseball ... If your competitor is batting 300 you want to bat 350 or 400.  No-one's batting 1000.  So you can't worry about it."

This ability to communicate complex truths in a homely and vivid way is yet one more example of Michael Dell's rare qualities as a businessman.  The loyalty and commitment he has inspired in a workforce stretching across several continents stem from his ability to communicate honestly and with conviction the truths that have made Dell a company that is paramount in the field of computer systems.

Dell, Limerick has also contributed substantially to the Irish economy as shown in the fact that Dell accounts for 2 per cent of the Gross Domestic Product of Ireland and over 4 per cent of all expenditure in the Irish economy.  The annual total Dell Ireland salary bill tops 111 million Euro.  Ten years ago there were five employees; today there are 5,000.

In 1994 Michael Dell made the decision to join the Internet revolution: he recalls saying "the internet is going to be mainstream and we need to be all over it".  Today Dell operates one of the highest volume internet commerce sites in the world.  This site accounts for about 50 per cent of Dell's overall revenue and operates in 18 languages across 42 countries.  For Michael Dell, his strategies for success were re-ignited by the potential offered by the Internet.  The ability of the company to deploy this medium to maximum advantage is clearly shown by the Irish site.  Dell's Irish e-commerce site is the largest in the country producing 10 million dollars a day in online revenues in Europe, the Middle East and Africa.

Michael Dell's sense of social responsibility is apparent across several spheres.  His commitment to innovation in the technology business is demonstrated by his Advisorship to the Innovative Technology Management Association at the University of Texas, Austin.  His business expertise has led to Board Membership of the United States Chamber of Commerce.  He also acts as a member of the nominating committee for the National Technology Medal of Honor and as Board Member of the Computerworld Smithsonian Awards.  In the aftermath of 11th September 2001, a sum of 3.5 million dollars was raised in cash and equipment through Dell corporate contributions, the Michael and Susan Dell Foundation and employee fundraising; long hours were worked to reinstate crucial operating systems, time and resources received with deep gratitude by Mayor Guiliani and by the Secretary and Chief of Staff of the United States Army.

The generous contributions that Michael Dell has made to community and arts associations testify to a faith in the regenerative power of the creative and communal agencies within the social framework.  His gifts include a 40 acre plot of land given to the Jewish Federation of Austin for the development of a Jewish Community Centre in 1994.  The new Austin Museum of Art received 13 million dollars from Michael Dell and four other Dell executives.  The radiology centre at the Children's Hospital of Austin and the Dell Discovery Center at the Austin Children's Museum also benefited from substantial contributions.  In 1995 the Dell Foundation was established with an annual budget of 1 million dollars to be put to philanthropic purposes.  The University Concert Hall here in Limerick is also grateful for its computers and computer equipment and for the contribution towards its 1993 gala.  The international conference on Software Engineering held in the University of Limerick in June 2000 also benefited from the sponsorship of the Dell organisation.

Michael Dell has made many contributions to education projects and community youth groups in Ireland.  These include: the Dell/Eircom sponsorship of the North/South programme, 'Dissolving Boundaries through Technology' and the Partnership Programme with Coláiste Chiaráin in Croom, Co. Limerick.  The North/South programme aims to link schools, teachers and pupils through the Internet and through video conferencing.  Dell with Eircom providing video conferencing equipment and Internet access donated 200 multi-media computers.  In September 1997, Dell also supplied 100 systems to support the community in Omagh.

On February 15th of this year, Dell announced that it would be donating 45 of its top of the range note-book computers to Coláiste Chiaráin, Croom over the next three years.  The overall investment in this initiative will be in the region of 160,000 Euro.  It is expected that virtual classrooms and distance learning capabilities will be among the fruits of this investment.  Minister Michael Woods, speaking at the official launch of the initiative referred to "a truly Connected Learning Community where students, teachers and the community have access to technology and are connected to one another".  This educational partnership is seen by Dell as a way of recognising that "the quality of the education received by our young people will be the driver of Ireland's economic success well into the future" according to Mr Nicky Hartery, Vice-President Dell EMEA Operations and Service.

Brief mention might also be made here of the many donations of technology equipment to such organisations as Share a Dream, Enable Ireland, St Martin's Youth Centre, Limerick, The Irish Cancer Society and the Panda Foundation.

"If you would hit the mark, you must aim a little above it", said Longfellow, for "Every arrow that flies feels the attraction of earth".

The fleet-footed, trajectory of Michael Dell's arrow continues to soar upward, charged with the energising currents of change, innovation, challenge and a spirited and generous sense of community.

Demonstrating our respect for cultural achievements on the national and international stage.