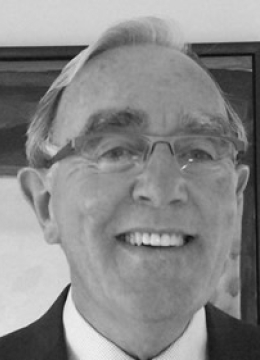 When Michael Buckley joined the board of the Irish Chamber Orchestra in 2005, he brought with him a wealth of experience. During the course of his twelve-year involvement with the orchestra, including chairing the board since 2008, he has harvested his diverse skillset to the considerable benefit of the ICO. Co-located in the University of Limerick and an integral part of the cultural fabric of the campus, the ICO has gone from strength to strength under Michael Buckley’s stewardship and is now widely recognised as a world-class orchestra capable of attracting top musical talent from around the world. This feat is doubly impressive when one considers that the pace of the orchestra’s development accelerated in the midst of a severe recession. Thanks to Michael Buckley’s business acumen for procuring funding, the orchestra flourished at a time when the arts in Ireland were being particularly badly hit.

Born in Cork in 1945, Michael Buckley obtained a first-class honours degree in philosophy and political theory from Maynooth University and later went on to complete a Master of Arts and a Licenciate in Philosophy. His employment at the Department of Finance as a civil servant in 1967 marked the beginning of a long and distinguished career. Over the course of the next ten years, Michael combined his civil service work with teaching political theory to evening-degree students in UCD.

In 1977, Michael was selected as chef de cabinet for the president of the newly created European Court of Auditors. He spent the next four years in Luxembourg, where he played an important role in establishing the ECA, now a key institution within the European Union. On returning home in 1981, he took up the role of assistant secretary at the Department of Social Welfare. According to Gemma Hussey, then Minister for Social Welfare, Michael Buckley was “a very original thinker … [and] always had a very refreshing point of view.”

Perhaps it was this originality of thought that led to Michael Buckley being head-hunted in 1986 by Dermot Desmond to the stockbroking and corporate finance business NCB Group, where he later served as CEO. While working at NCB, Michael became involved in creating and developing the International Financial Services Centre. Established in 1987, the IFSC is now recognised as a leading location for a range of internationally traded financial services, such as Citibank, AIG and JP Morgan. Little wonder, then, that Michael Buckley describes his role in setting up the IFSC as the most significant contribution he has made to Ireland’s economic development.

Michael then joined AIB, where he played a leading role in internationalising the bank. Prior to assuming overall group leadership in 2001, he lived in Poland from 1998 to 2001, where he succeeded in building a very successful business for AIB. Another key strategic international partnership driven by him was with M&T Bank, one of the largest and most successful banks in the United States. He served as a non-executive director on the board of M&T for nine years, including through the recession.

Following his retirement from AIB in 2005, Michael Buckley joined the Dublin-based energy and distribution group DCC as a director. During his nine years with DCC, including six years as chairman, the company expanded its business reach from three countries to fifteen, moved its main listing to the London Stock Exchange and increased its share price fivefold. Shortly afterwards, DCC became a member of the FTSE 100 – the Financial Times Stock Exchange index of the 100 London Stock Exchange companies with the highest market capitalisation.

Michael Buckley’s achievements in the business world extend well beyond the bottom line. For example, he is a founding chair of the 30% Club Ireland, an organisation committed to achieving 30% female representation among senior management in leading Irish businesses. In fact, well before the launch of the 30% Club Ireland, Michael had been instrumental in bringing the gender balance of the DCC board to a leading position among FTSE 100 companies.

Perhaps most remarkable of all is Michael Buckley’s willingness to use his acquired skills to help other people. He has given advice to a range of indigenous companies over the years to help them grow and prosper at home and abroad, and he takes great satisfaction in watching them succeed. In relation to fundraising, he is acutely aware of the need for organisations to have experienced people from the business world on their boards, particularly voluntary boards. In his own words, such business-savvy board members “will know what rings the bell and what does not.”

When it comes to the Irish Chamber Orchestra, Michael Buckley certainly knows what rings the bell. His dedication to the ICO is truly phenomenal, and it is to his credit that the orchestra has grown so much during his tenure as chair. His passion, dedication and business acumen have helped imbue the ICO with the financial vitality it needs to thrive, both as an outstanding musical entity and as an executor of tangible social regeneration.

With Michael at the helm, the ICO has raised €1.2 million over the past eight years to fund the socially transformative Sing Out with Strings programme. Reaching out to the most disadvantaged schools in Limerick city since 2008, this community engagement initiative provides more than 300 students with free tuition in singing, song-writing, violin, viola, cello and double bass three times a week. With the aim of empowering the students to reimagine their personal and collective identities, Sing Out with Strings is an inspiring example of the power of music as an instrument of social change. Michael Buckley’s passion for the programme is evidenced by the fact that he has attended almost every one of its concerts.

Over the course of his life and a career spanning half a century, Michael Buckley has been able to deal simultaneously with a wide range of challenging situations. He says that he spends part of his time these days learning to become a competent painter. With his meticulous attention to detail, prodigious work ethic and ability to apply himself wholeheartedly to the task at hand, he will, no doubt, do just that. Fortunately for us at UL, one of his current tasks at hand is chairing the board of the Irish Chamber Orchestra, and it is with the utmost gratitude that we honour Michael today for his immeasurable contribution to the growth and reach of the ICO, both on campus and well beyond.