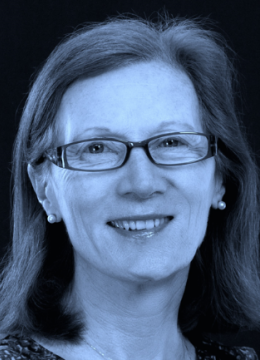 Global phenomena like climate change and the coronavirus pandemic shine a light on the value of science to humankind. The “triumph of science”, both now and throughout history, is underpinned by key values often found lacking in political culture, such as respect for evidence, collaboration, perseverance, patience and an understanding that discoveries belong to everyone, not just to those who make them.

World-renowned physicist Professor Margaret Murnane learned the value of these basic principles as a college student and has applied them throughout her distinguished career ever since. Working in the field of ultrafast lasers and x-ray science, Professor Murnane is a global leader in her field and one of the most acclaimed research-active physicists in the United States. She is a Distinguished Professor at the University of Colorado Boulder and a Fellow of JILA – a joint institute of the University of Colorado and the National Institute of Standards & Technology. Among many other high-level honours, she is a member of the National Academy of Sciences and the American Philosophical Society and a Fellow of the American Physical Society, the American Association for the Advancement of Science, the Association for Women in Science, and the American Academy of Arts and Sciences. Closer to home, Professor Murnane was awarded the St Patrick’s Day Science Medal by Science Foundation Ireland in 2018 for her significant contributions to research and innovation and in recognition of her role in supporting Ireland’s research community. Later that year, she was presented with a Presidential Distinguished Service Award for the Irish Abroad for her work as one of the leading optical physicists of her generation. In 2011, she received Ireland’s premier research award – the Royal Dublin Society/Irish Times Boyle Medal – for her pioneering work in transforming the field of ultrafast lasers and the investigation of materials using laser-based x-rays. She is the recipient of multiple honorary doctorates from universities in Ireland and the United States.

Born and raised near Castleconnell, County Limerick in the late fifties, Margaret Murnane knew she wanted to be a scientist from the age of eight. She attributes the genesis of her passion for science to her father, a primary-school principal, who instilled in her a love of learning and solving puzzles. Having completed her second-level education in Laurel Hill Convent in Limerick city, Margaret went to University College Cork, where she obtained her bachelor’s and master’s degrees in physics. As recounted by her thesis supervisor, Professor Mike Mansfield, there were only two students in Margaret’s year. The course was very demanding but Margaret excelled throughout. Professor Mansfield recalls how, at an international conference during her studies, Margaret put some technical questions to a leading expert relating to his most recently published book. The author had to admit that he did not have immediate answers, illustrating that Margaret’s understanding of her chosen field was on a par with that of anyone in the world.

Opportunities to do a PhD in physics in Ireland were very limited at that time, and thanks to guidance from her professors at UCC, Margaret secured a place at the University of California, Berkeley to undertake a doctorate on laser optics. According to Margaret, she did not see a female physics professor until she got to graduate school.

As a young PhD student at Berkeley, Margaret Murnane came to understand very quickly the value of one of the aforementioned bedrocks of scientific endeavour – collaboration. It was here that she met her future lifelong collaborator and husband Henry Kapteyn. By combining their complementary skillsets, the “dream team” would go on to make important contributions to the development of coherent x-ray sources and lead the advancement of ultrafast laser technologies.

With an award-winning PhD, a year’s postdoctoral work and a new husband, Margaret moved from Berkeley to Washington State University in 1990. By setting up a joint laboratory with Henry at Washington State to develop new femtosecond lasers, their continuing collaboration proved to be crucial in the fast-moving, highly competitive field of ultrafast laser science. Margaret moved to the University of Michigan in 1996, where she and her team continued to develop high-powered lasers and explore the process of generating x-rays from lasers.

Motivated by the need for more highly specialised instrumentation than was available at the University of Michigan, Margaret and Henry moved to JILA at the University of Colorado in 1999 to work with some of the world’s best master instrument builders and capitalise on the institute’s world-renowned technical support systems. In collaboration with members of their multidisciplinary research group at JILA, they discovered how to make the shortest possible light pulses directly from a laser – a millionth of a billionth of a second, fast enough to freeze-frame the movement of electrons in molecules. The team then used this new technology to convert visible laser light into directed beams of x-rays, which has enabled industry to develop, for example, materials for the next generation of computer and cell phone chips. More awards followed, and in 2020, Margaret and Henry were jointly awarded the Benjamin Franklin Medal for Physics for their pioneering work in making high-intensity sources of x-rays practical and widely available for the study of a broad range of processes.

Given the extent of her achievements as a physicist, one would be forgiven for assuming that Margaret Murnane’s own take on her legacy would be something to do with her ground-breaking work with ultrafast laser and x-ray beams and their applications in the real world. After all, she is a self-professed tool-builder and the recipient of many accolades that recognise her phenomenal accomplishments in the laboratory. Alas, one would be mistaken. As far as Margaret is concerned, her legacy will be her students. She is passionate about educating the next generation of scientists, and she strives to instil in them a respect for those guiding principles that helped her and Henry on their own journey – enjoy working with your colleagues, choose teamwork over competition, be creative, be innovative, build a community with industry, value soft skills as much as technical knowledge, dream in the future and don’t be afraid to fail. Today, the University of Limerick – based in Margaret’s home county of Limerick – recognises the educator as much as the tool builder, and it is with the greatest pleasure and pride that the university counts Professor Margaret Murnane among its honorary doctorate recipients.

Chancellor, I present to you Margaret Mary Murnane and ask that you confer upon her the honorary degree of Doctor of Science.