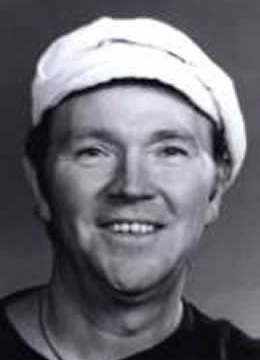 The University honours Liam Clancy today, a player and singer who has delighted audiences across the world.  Liam Clancy, of Carrick-on-Suir, a town dear in his affections, was nurtured in a world where music was a by-word.  As he recalls, "Growing up, I thought that everyone sang all the time.  You got in a car to go on a journey, you sang all the way till you got to where you were going, and then you had a singsong when you arrived."   Liam Clancy's first professional occupation was that of acting and filmmaking and he worked with a number of eminent artists after moving to America; an early success included the winning of an Obie, the Village Voice's award for off-Broadway theatre for a production of Frank O'Connor's Guests of the Nation.  At that time he began singing with his brothers and Tommy Makem, though as he comments, "it would be a while yet before we'd face the fact that the money was in the singing business."     He recalls that his musical career was helped by this apprenticeship in acting because "we had the feel of how an evening should build . . .to hold a stage was the important thing for us".    In a few years, a group of now legendary status was born - The Clancy Brothers and Tommy Makem.   In 1956 they recorded their first album, Irish Songs of Rebellion.  Liam Clancy sought to "get a handle on a song called 'Brennan on the Moor, I really wanted to get the rhythm of a galloping horse into the song, and that big deep couch I was sitting on was bouncing up and down . . .that's the way most of our material emerged.  Seat of our pants"

Choral singing and the accompaniment of guitars and banjo transformed the traditional oral ballads of the Irish repertoire into an attractive and original musical form - 'we knew we had established something new - a new way of singing old songs'.

A landmark moment occurred in 1961 when The Clancy Brothers and Tommy Makem appeared on the Ed Sullivan show.   The huge success that followed this programme led to a two-hour performance at Carnegie Hall and an invitation from John F. Kennedy to play at The White House on St Patrick's Day 1963.

The boom in folk music of the nineteen-sixties fuelled the career of The Clancy Brothers and Tommy Makem.  The then youthful Bob Dylan was an early admirer.   Liam Clancy remembers the critic of the New York Times, Bob Shelton, bringing Dylan to "every one of our concerts".  He "told him to watch us, that we were the guys who knew how to do it".

Back in Ireland the screening of these appearances and concerts on television and broadcasts of the "new ways of singing old songs" on Ciaran MacMathuna's Job of Journeywork radio programme were highly influential in shaping the direction of Irish folk music.  "It was a sort of performance that we hadn't seen before.  It put the joy back into the songs," commented Shay Healy.   Des Geraghty recalls them turning up at a Fleadh in Co. Clare - "this family from Carrick-on-Suir, in their bainín jumpers, bringing a sense of polished entertainment to some very old worn songs".

The phenomenal success of the group led to an international following and the production of over 50 albums.

Liam Clancy began to pursue a solo career in 1973 and became an established television performer in Calgary.  His own series won a Canadian Emmy award.   He rejoined Tommy Makem in 1975 and, over the next thirteen years, as Makem and Clancy, they made a remarkable series of hit records and delighted audiences at live performances.  "The Band Played Waltzing Matilda" and "The Dutchman" are among the most well known of the songs that gave pleasure to many.

Liam joined his brothers and nephew, Robbie O'Connell in 1990 and from 1996 to 1999 toured with his son, Donal, and Robbie O'Connell.  As Clancy, O'Connell and Clancy they recorded two highly praised albums.  Liam Clancy now has his own recording studio at his estate in Ring, Co. Waterford and has recently completed, The Mountain of the Women, Memoirs of an Irish Troubadour which is due to be released early in 2002.

It is fitting here to recall Bob Dylan's tribute to this great singer who has, for many decades, spread the warmth of Irish song and culture around the world: "he was just the best ballad singer I ever heard in my life, still is probably . . ."

The nineteenth century poet, Arthur O'Shaughnessy, wrote of the company of musicians:

We are the music makers,
We are the dreamers of dreams . . .
We are the movers and shakers
Of the world for ever, it seems

Today we are proud to honour a music maker whose dreams have moved many.