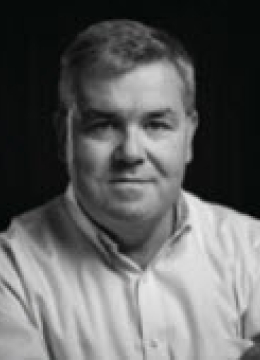 When we think about Limerick and the Mid-west region, we think about commercial acumen and a constant strive for innovation. Many Limerick people excel in business, whether working in small local businesses or with Irish indigenous companies, attracting foreign direct investment ventures to the Shannon region or making an impact on multinationals at home and abroad. Among all the champions of local business successes, none shines as brightly as John Herlihy.

A Limerick man from Monaleen, Castletroy, John Herlihy was educated at Crescent College Comprehensive in Dooradoyle. He holds a Bachelor of Commerce (Honours) degree from University College Dublin and is a qualified chartered accountant. John began his career at Stokes Kennedy Crowley (now KPMG) before moving to the United States in 1993 to embrace the challenge of working in the technology sector there. While working in the US, John held senior management positions at some of the world's leading technology companies, including First Data, PeopleSoft, Adobe Systems and Oracle Corporation.

John Herlihy joined Google and returned to Ireland in 2005 as European director of online sales and operations. He is now vice president of Google's global advertising operations and head of Google in Ireland.

Growth in online advertising has mushroomed in recent years. As traditional advertising revenues fall, an increasing number of businesses choose to advertise online. Irish entrepreneurs are following their US and European counterparts and now recognise the need to have an online presence for delivering revenues. Since joining Google in 2005, John Herlihy has helped build Google's online sales and operations channels in new and existing markets across Europe, the Middle East and Africa. In addition to expanding the Dublin operations during this phase of his career, John oversaw in 2007 the establishment of Google's operations in Wroclaw, Poland.

Based at the company's Europe, Middle East and Africa headquarters in Dublin - one of the jewels in the crown of Ireland's emerging internet industry - John Herlihy drives Google's global online advertising operations. He leads a sales and operations team of over 1,100 people who work with thousands of companies in 45 countries and in as many languages. John is also responsible for a 200-strong engineering team and a further 200 people employed in legal, financial and HR functions.

John Herlihy is living proof that there is no substitute for hard work when building a successful career. From a trainee accountant in Dublin to working with multinational companies to holding one of the most senior positions in Ireland's technology sector, John's ascent has been nothing less than meteoric. His position with one of the world's most innovative and visionary companies reflects his own dynamism, pioneering spirit and strong work ethic.

John Herlihy believes that the global recovery will be based on innovation and is committed to seeking out entrepreneurial young talent to foster Ireland's next generation of leaders. He has, in the past, advised students to study the arts, which he believes encourages flexible thinking. He also believes that students should be well grounded in mathematics and problem-solving. As a significant employer of graduates, Google and John Herlihy are well aware of the skills, abilities and knowledge that new graduates require to be employable in the twenty-first century. Google hires graduates from all disciplines and cites logic and verbal reasoning skills as their main requirement when recruiting. John encourages graduates to start their careers in blue-chip companies, where graduate training programmes tend to provide an excellent launch pad for their careers.

John Herlihy believes that Ireland can be a global hub for intellectual property and a global leader in the online advertising and new media sectors. He is a strong advocate of the IDA, which focuses on informing the global marketplace that Ireland provides an ideal environment for foreign direct investment. The fact that almost 1,000 companies - including some of the world's best-known brands - have chosen Ireland as the hub of their European networks is testament to this. For example, Facebook's presence in Ireland has been attributed in no small way to Google's positive experience here.

John Herlihy's talents and achievements in the global technology sector have been widely recognised and acknowledged. He has a number of non-executive directorships, including Greencore, and was immediately identified as a potential key contributor to the Mid-west Jobs Taskforce.

Since its inception, the University of Limerick has built a strong reputation for understanding the challenges of industry, engaging in partnerships in commercial initiatives and recognising and celebrating business successes. It is all the more special when success is achieved by one of our own - a Limerick man from Castletroy. The University of Limerick is very proud of John Herlihy and honours him today for his outstanding career achievements.