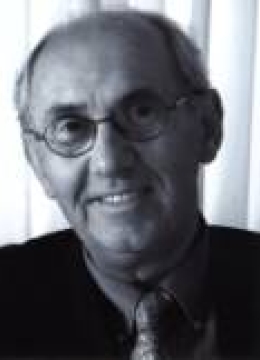 The University of Limerick honours John Ryan of Tipperary Town today, an Irishman whose career has significantly improved the way in which technology is protected and disseminated. John Ryan, an outstanding player on the competitive terrain of technology innovation, amply demonstrates the university watchwords of excellence and relevance. "There is no quality so indispensable to the successful prosecution of science as imagination" commented C. S. Pierce; this quality is highly evident in the path which John Ryan has pioneered in the development of television technology. John Ryan began his work after graduating from NUI Galway and the City and Guilds Institute, London. After university, he pursued extensive private studies in the field of electronics with an emphasis on television and began his career in that medium. He worked with RTÉ in 1966, moved to Yorkshire Television and then moved to California in 1974. The burgeoning field of telecommunications technology provided the space for John Ryan to exercise his wide-ranging, creative abilities. In 1976 he became the Director of Research at Amplex Corporation and in 1983 co-founded Macrovision Corporation. A year later he invented a technology which has since become the world-wide standard for copy protection of video programmes, a technology that is today included in virtually every DVD player manufactured in the world. John Ryan is Chairman and former Chief Executive Officer of Macrovision, a multi-national company with 650 employees which is listed on the NASDAQ. Over 60 patents in the fields of television camera design, video scrambling and video copy protection have been credited to the work of John Ryan. In 1997 John Ryan was named Silicon Valley's 'Inventor of the Year' for these and other innovative projects in the area of television technology. John Ryan's continuing commitment to his home town is shown by his sponsorship of the Excel Centre heritage project through American Ireland funding. The Excel Centre, dedicated to the development of artistic and cultural life in Tipperary Town incorporates the Ballet Ireland workshop for children; the project has brought new life into the centre of Tipperary and created a focal point for its rich cultural history. John and Pauline Ryan have also provided annual scholarships to three secondary schools in Tipperary. Paul O'Callaghan, Principal of St Ailbe's Secondary School noted that these funds "promote hope and practical wellbeing where most needed". The Tipperary Technology Park also benefited from seed capital assistance provided by John and Pauline. This €1.7 million project has generated employment in a state-of-the-art Enterprise Centre and it is hoped that this initiative will help the young educated people of the area to remain in the community.  And of course John Ryan is a valued friend of this University and is now a member of the University of Limerick Foundation. The busy, socially committed John Ryan also enjoys a range of leisure activities including fishing. We wish for him the sentiments that Henry Wotton attributed to this sport, that it will be "a rest to his mind, a cheerer of his spirits, a diverter of sadness, a calmer of unquiet thoughts, a moderator of passion, a procurer of contentment".