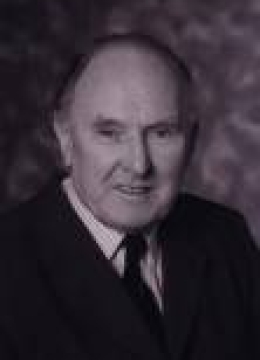 It is fitting that in 1997, the thirtieth year of the Limerick Music Association, the University of Limerick should honour the founder of that Association, John A. Ruddock.  Through the Association John Ruddock has promoted over six hundred and fifty concerts.  World class musicians including Isaac Stern, Vladimir Ashkenazy, Deszo Ranki and Michael Collins have appeared in Limerick and Dublin thanks to the energetic and diplomatic leadership of John Ruddock.  His ability to attract soloists and ensembles of international calibre to Limerick has been a major factor in the emergence of Limerick as a centre of artistic excellence.

Such a cultural renaissance has required the nurturing of a community able to respond to the ways in which music, as Emerson puts it, "takes us out of the actual and whispers to us of dim secrets that startle our wonder as to who we are, and for what, and whereto".  John and Doreen Ruddock have worked tirelessly to bring great music to Limerick.  They have worked as a team and our thanks go out to both of them on this occcasion.  Through the Limerick Music Association they have helped to cultivate an appreciative and sensitive audience whose education has been conducted not alone through the artists already mentioned but also through such great talents as those of John O'Connor, Hugh Tinney and Bernadette Greevy, and who have had the privilege of hearing The Vienna Boys Choir, the Takacs, Vogler and Skampa string quartets and many other fine musicians.

John Ruddock has also had a significant career in the education profession.  After sixteen years as senior teacher at St Andrew's College, Dublin, he was appointed Headmaster of Villiers School, Limerick, a post he held for a further twenty-three years.  The Limerick Music Association, now based at the University of Limerick, started its life in the premises of that school in 1967.

Mr Ruddock also served as a founder member of the National Concert Hall, Dublin from 1981 to 1991.

Our award today follows on the recognition of Mr Ruddock by the Austrian Government in 1986 who awarded him the Knight's Cross First Class for promoting Austrian musicians in Ireland; and the award in 1988 of an Honorary Diploma by the Hungarian Government for services to music.

If it is true, as Walter Pater claimed that, 'all art aspires to the condition of music' then John Ruddock has given magnificent service to the cause of the arts in Ireland.  His wife, Doreen, has been at his side throughout these years and we would extend our gratitude to her.  We recognise that this tremendous achievement has been very much a team effort.