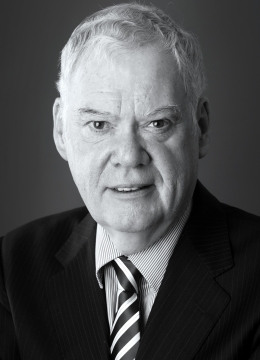 The year 2012 marks the fortieth anniversary of the enrolment of the first students at the National Institute for Higher Education, Limerick and celebrates 40 years of innovation at the University of Limerick. One of the cornerstones of UL's pioneering spirit and a defining characteristic of UL's unique vision for higher education is its Cooperative Education programme. The establishment of NIHE in the early 1970s coincided with Ireland's entry into the European Economic Community. Ireland's increased participation in Europe had a significant impact on the Irish economy and gave rise to the need for third-level graduates to have a range of skills and expertise relevant to a European context. At that time it was recognised in Ireland that graduate skills and attributes were not meeting new industrial requirements in the engineering, business and science sectors. Accordingly, NIHE introduced a range of programmes to address the mismatch and, in so doing, pioneered the concept of Cooperative Education in Ireland as a means of ensuring the relevance of its programmes to industry, commerce and the professions. Modelled on the US university system of integrating theory and practice by providing students with periods of off-campus employment, Cooperative Education ultimately became an integral part of NIHE's undergraduate programmes. The concept was entirely new to higher education in Ireland in the early seventies and was greeted with much scepticism by the established universities.

In the context of creating a formal structure for Cooperative Education at NIHE, Dr John McGinn was appointed director of the newly established Cooperative Education Division in 1979. A native of Omagh, County Tyrone, Dr McGinn gained his PhD in chemistry from Queens University Belfast in 1970 and completed an MSc in Information Science at the University of Sheffield the following year. His early career as a senior information scientist with Enterprise Ireland and his work as a consultant with UNESCO, the National Board for Science & Technology and with a number of EU working groups stood him in good stead to nurture NIHE's embryonic placement programme through its formative years.

It was critical that the new director of Cooperative Education be able to hit the ground running. Against a backdrop of huge economic fluctuations in the 1980s, NIHE had to grow radically to achieve its objective of becoming a university. The Cooperative Education programme had to be established as a valid and integral part of the academic programmes being offered and had to expand to cater for increasing student numbers and an ever-broadening range of curricula. By achieving this aim under the leadership of John McGinn, Cooperative Education perfectly realised NIHE's philosophy of embedding employability across the four years of a student's life and provided a strong barometer of the relevance and excellence of the institution's undergraduate programmes.

Thanks to John McGinn and his team, the multilayered benefits of Cooperative Education - colloquially known as 'Co-op' - continue to make a significant contribution to the achievement of UL's mission. First and foremost, Co-op provides students with invaluable work experience and job opportunities when they graduate. After all, in an increasingly competitive jobs market, especially in these challenging economic times, preparing graduates for employment is vital, and Co-op gives UL graduates a competitive edge. Secondly, Co-op ensures that UL's academic programmes are continually updated on foot of feedback from students' work placement supervisors. Thirdly, the process of finding placements establishes valuable links between academics and employers. This continuing working partnership with enterprise and the professions has helped to create collaborative initiatives in areas such as research and development, product design, process development, consultancy and training and has fostered lifelong professional relationships with multinational companies.

Throughout his 31-year tenure as director of the division, John McGinn has ensured that the Cooperative Education programme has worked efficiently and effectively to benefit students, graduates, industry and the economy. UL's strategic goal of ensuring that Co-op forms an intrinsic and distinctive part of the student experience could not have been achieved without John's unwavering commitment to the ideals of the programme.

Following the establishment of the Cooperative Education Division in 1979, the division's initial focus was on developing the undergraduate placement programme in line with the growing student population. However, the obvious link between work placement and graduate employment led in 1999 to the appointment of a Head of Careers and to the renaming of the division as the Cooperative Education & Careers Division. The overwhelming view among employers with whom we work is that Co-op placements are the single most effective way for students to develop the transferable skills required for future employment. Thanks in no small way to the commitment of John McGinn and his colleagues to UL's philosophy of providing education for employability, UL has an excellent graduate employment record. Over the years, our graduates' rate of employment tends to be consistently higher than the national average - 16 per cent higher in the most recent comparison. Our track record in this regard was recognised in 2011 when the University was awarded the maximum of five stars by the independent evaluation agency QS StarsTM for the 'work-readiness' of our graduates. UL is very proud of its graduate employment record, and today we congratulate and salute John McGinn for the contribution of the Cooperative Education & Careers Division to creating and maintaining UL's outstanding reputation for employability.

In the early days of the institution, in addition to his central role in Cooperative Education and careers, John McGinn headed up the external affairs function, which included corporate public relations and communications, European liaison and certain aspects of industrial liaison. Working closely with Ed Walsh, John had responsibility for the institution's very considerable media footprint and for the development of vital links with industry. He was also responsible for securing European sources of funding, forging partnerships for student and staff exchange and developing industrial training through such initiatives as COMETT and Erasmus. Furthermore, he played an important role in embedding our research programmes in partnership with industry and university partners across Europe under BRITE/Euram and other Framework programmes.

John, for overseeing the establishment and phenomenal growth of the Cooperative Education programme and the careers service from the late 1970s to the time of your retirement in 2010, the University of Limerick thanks you and honours you today.