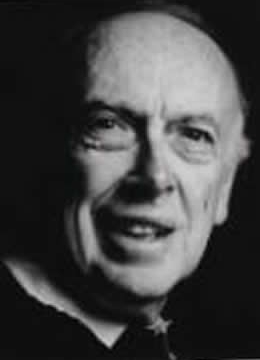 The purchase or renting of a home is a transaction of supreme importance to most people. Indeed, the ownership of land has played a defining role in much of Ireland's turbulent history, and this can be seen in the evolution of Irish land law. It is remarkable that influences such as the Norman feudal system of land ownership and statutes enacted by the Westminster parliament in 1860 continued to affect Ireland's land laws until 2009, at which time the Land and Conveyancing Law Reform Act radically overhauled the law and removed archaic legal practices and rules to make it relevant to twenty-first century Ireland.

John Cleland Watson Wylie was the primary draftsman of the 2009 Act, which ranks among the most significant pieces of legislation passed by the Oireachtas in recent years. The Land and Conveyancing Law Reform Act 2009 benefits the general public by legislating for the sale, purchase and mortgage of land and property in Ireland and paving the way for the introduction of e-conveyancing. This outstanding contribution to the reform of Irish land law represents a lifetime of achievements by John Wylie in areas such as research, publishing, journal editorship, lecturing and consultancy to law publishers, solicitors and governments from Northern Ireland to Trinidad and Tobago.

Although he was born in Belfast, John Wylie spent much of his childhood in Donegal and regards himself as much a Donegal as a Belfast man. Wylie's interest in the law comes from his father, who is still remembered in Belfast as a skilled conveyancer. While studying law at Queen's University, the young Wylie was particularly excited by the intricacies and technicalities of land law, and this is the area of law in which he specialised in his postgraduate career.

After graduating with a first-class honours Bachelor of Laws (LLB), Wylie was awarded a Fulbright scholarship to the USA and was made a Frank Knox Fellow at Harvard, where he gained an 'A' rank LLM in 1967. He then returned to Belfast to lecture at Queen's, where he soon became an advocate for land law reform and was involved in the production of the 1971 Survey of the Land Law of Northern Ireland. Having moved to the University of Cardiff, Wylie was promoted to senior lecturer in law after only one year. He became a professor of law at the University of Wales in 1979.

During his tenure in Cardiff, Professor Wylie was commissioned by the Law Society of Ireland to write the first textbook on Irish land law to be published since 1926. Professor Wylie was faced with the daunting task of producing a work that was suitable for both practitioners and students and that would deal with all aspects of land law in Ireland's two distinct jurisdictions. Mr Justice Kenny, who acted as consultant editor, described how Professor Wylie spent much of what "other people call the vacations" searching the Irish Reports and Digests, where he unearthed an abundance of neglected Irish material and unreported decisions. Wylie's discovery of Irish precedent finally addressed what the Supreme Court of 1927 had bemoaned as the practice of over-reference to English textbooks. Published in 1975, Irish Land Law quickly established itself as the standard work on this area of law. The publication also led to Irish cases being cited more frequently in court and formed the basis of land law reform in this jurisdiction.

Irish Land Law was followed in 1978 by the publication of a second textbook, Irish Conveyancing Law (the third edition of which was co-written with UL law lecturer Una Woods in 2005). In 1980, Queen's University awarded John Wylie a doctorate for these ground-breaking works. His third textbook, Irish Landlord and Tenant Law, followed in 1980. For many years, Wylie's books were the only texts dedicated exclusively to Irish land law, and they acquired near biblical status amongst Irish law students, solicitors and barristers. Indeed, the latest editions of Professor Wylie's texts still form the backbone of the property sections of Irish law libraries.

In addition to his stellar academic career, John Wylie worked in legal practice as a consultant to leading law firm A&L Goodbody. He held many public appointments and acted as an external examiner for Irish universities and King's Inns for approximately 40 years.

In honouring John Wylie here today, the University of Limerick recognises the immensely valuable role of law reform in society and the particular role played by Professor Wylie in bringing about land law reform in Ireland. His exceptional achievement lies in overhauling land law to accommodate changing social, demographic and economic needs while simplifying the law in order to make it accessible to practitioners and the public alike.

In the preface to the 2014 edition of Irish Land Law, John Wylie thanks solicitor colleagues for keeping him on his toes on certain points of practice. This illustrates how theory and practice should inform each other in the legal profession. With the development of clinical legal skills and a professional placement forming an integral part of the law degrees provided by UL, it is particularly fitting that the University has chosen to honour a man whose professional life has straddled both the theory and practice of law.