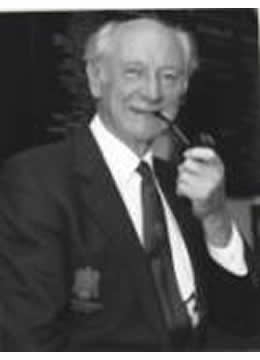 Today the University of Limerick meets to honour a statesman whose name is synonymous with that dynamic modernising era in the history of twentieth century Ireland that falls between 1960 and 1980.

Jack Lynch, "the real Taoiseach", commenced practice at the Munster Bar on the Cork circuit in 1945.  Elected to Dáil Éireann in 1948, he was appointed to his first central government post as Parliamentary Secretary to the Government and to the Minister for Lands in 1951.  A swift succession of major cabinet posts followed: Minister for the Gaeltacht, Minister for Education, Minister for Industry and Commerce and Minister for Finance.  In 1966, at the youthful age of 49, Jack Lynch succeeded Seán Lemass as Taoiseach and became the first Corkman to hold this office.  Seven distinguished years of office followed, years which saw the beginning of the Troubles in Northern Ireland and the serious and complex issues facing this State in responding to the civil, religious and political conflicts attendant upon them.  The firm yet tolerant attitude of Jack Lynch at that time stands as a landmark in the history of the Irish State, well summed up in Pope's lines,

Statesman, yet friend to truth! of soul sincere
In action faithful, and in honour clear,
Who broke no promise, served no private end,
Who gained no title, and who lost no friend.
(A. Pope, Moral Essays, v.67).

Of the period March 1957 to June 1959 when Jack Lynch was Minister for Education and the Gaeltacht, Séamus Ó Buachalla notes that "Mr Lynch was the first to link the functioning of the education system with the social reality of Irish society" (S. Ó Buachalla, Education Policy in Twentieth Century Ireland, 1988).  Examples of his approach were the introduction of education planning, the rescinding of the ban on married women teachers, amending the rules on corporal punishment and preferential funding provision for the technological sector.  This commitment to technology made it easy for him to support Limerickman Donogh O'Malley's projects in the 1966-1968 period, which led ultimately to the establishment of this University.

As Taoiseach, Jack Lynch came to Limerick, to this campus in 1972, to perform the official opening of this institution, at a time when its first 100 students were enrolled.

The character of Jack Lynch has remained an enigma to commentators: his fair-minded, low-key approach to affairs of state has been in strong contrast to the flamboyance of other Irish leaders.  It is these gentle, courteous and upright qualities that we wish to mark today, that appearance of nonchalance that caused Professor J.J. Lee to comment of Jack Lynch's 1966 victory:

"The manner of his victory in the succession race epitomised his style.  He came quietly through on the rails, giving the impression that he was merely out for a canter, while his frothing rivals churned up the ground in the centre." (J.J. Lee, Ireland 1912-1985, Politics and Society, p. 409).

Jack Lynch's career confirms that this is indeed merely an impression: the strong steel that makes up the core of this man's character is attested to by, among others, Desmond O'Malley: "His greatest contribution was that he held the Irish nation together in 1969-1970, when it might have been divided with horrendous consequences.  He calmed people at a time when we could have had thousands and thousands of deaths in a tragedy certain to have been more serious than the Civil War had been" (quoted in T.P. O'Mahony, Jack Lynch, A Biography, p.169).

Mention must be made of Jack Lynch's other claim to fame: this is the Cork hurler who brought his sixth All-Ireland medal in as many years back to the city in 1946; the man who championed Glen Rovers, the Blackpool team through long, hard years; the generous admirer, dear friend and graveside eulogist of Christy Ring, a man whose dedication to living the gift of life to the full is shared by Jack Lynch.  A few years after Ring's death in 1979, in September 1982 our great local hero, Mick Mackey died.  Jack Lynch described him as "a magnificent hurler ... no matter how hard that granite body of his hit one, he did it with resoluteness and yet he never lost his sense of humour".

Mar a deireann an file:

The humour referred to above might be touched upon: O'Mahony quotes an exchange with a group of students: "I left school with Irish, a working knowledge of Latin - and I could make myself understood in English" and "Asked once about a player who had an exaggerated sense of his own abilities, Jack Lynch, deadpan, replied, 'You'd want a great pair of legs to keep up a big head - and he hasn't those either'".

In conclusion, if words were to be identified to highlight the characteristics of Jack Lynch, two stand out - self-effacing, and charismatic.  Erskine Childers once said, "I have neither the charisma of Jack Lynch nor the mystique of De Valera".

"Democracy", said Clement Atlee, "means government by discussion but it is only effective if you can stop people talking".  It is now time for our citation to "stop talking" and to honour the qualities of calm leadership, compassion, sportsmanship and generosity of friendship that are among the qualities of Jack Lynch.

Máirín is at Jack Lynch's side today as she always has been, to share in his great moments and to support him in all of his endeavours.

As we listen to the passing Shannon and recall how Jack Lynch loves his Lee, Ó Rathaille's verse may be apt