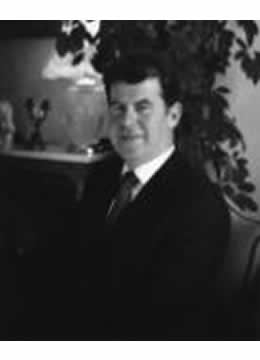 Cartographers tell us that the distance from Limerick in the West of Ireland to St Andrews on the East coast of Scotland is less than 350 miles.  However, the journey taken by Mr J P McManus from Roxboro National School to the 18th green on the final day of the Dunhill Pro-Am golf tournament last month has been considerably longer and more demanding than is suggested by that rather modest mileage.  It is a journey which has not followed conventional trails - and, as such, one which reflects the individuality, multifaceted talents and tenacity of the traveller.

J P McManus has been described by his good friend, Dermot Desmond as "a wizard at figures"; and, unquestionably, his commercial successes are due, in part, to his ability to assess probabilities with computer-like efficiency.  However, there are others with excellent numerate skills who have not been as fortunate.  What they lacked was the ability to combine a remarkable mental agility with a knowledge, a discipline, a capacity for rigorous research and intelligence gathering and, most importantly, a confidence and absolute fearlessness to back conclusions against those of other highly knowledgeable professionals.  The turf industry and the international currency markets are not for the faint hearted - nor is the 18th tee at St Andrews in front of a large gallery and an international television audience.  J P McManus has thrived in all of these challenging environments; and in each case he has demonstrated over and over his remarkable qualities of intellect and courage.

J P McManus' love of horses was acquired from his late father, Johnny, who kept show jumpers; and by an early age this love was developed into a deep and intimate knowledge.  By the age of 9, he realised that this knowledge could pay off.  The story is told how, when he was writing his Leaving Certificate history examination, his priority was to place a bet on a horse that he fancied.  He finished the examination early, cycled to the racetrack and arrived just in time to see his favourite cross the finishing line ... in first place; however, while he missed out on a good bet, he did pass his examination, so the day was a success after all.  Since those youthful days, he has become one of the most respected figures in horse racing.  He is a splendid ambassador for Ireland in an industry that numbers the world's rich and famous in its ranks.

J P is also a major figure in the international currency market; and, again, he has brought much credit and respect to Ireland as a result of his outstanding acumen.  With such a diverse career, one that started at the Greenmount point-to-point and moved to the banking halls of Geneva, J P McManus has gone through many stages.  However, one thing that has not changed in all this time is J P himself.  Indeed, although his eminence in his several enterprises would alone justify fully the award of an honorary doctorate, he is not being honoured today for his remarkable business successes:  but rather for how he has used his achievements to benefit the people of this city and region.

J P McManus is a man who has never forgotten his Limerick roots.  And, through his generosity, he has always given back to his native city.  Quietly, without seeking publicity or personal recognition, he set up a trust for deserving students from Sexton Street Christian Brothers School, where he received his secondary education and from which he obtained his Leaving Certificate.  As a result, this University has been proud to accept many McManus Scholars and to watch them benefit from the education that J P helped to finance.

He has also called upon both his influential contacts in the sporting world and his local friends to organise two J P McManus Pro-Am Golf Classics, which have raised over €15million for local charities:  including the Mid-Western Regional Hospital, Limerick Youth Service, Milford Hospice, Charleville Association for Mentally Handicapped, St Vincent's Lisnagry and the Brothers of Charity. In all, 41 worthy local causes have benefited from his philanthropic service.

J P McManus is a highly successful international businessman who retains the common touch.  He moves easily in prestigious circles; yet he retains his friends from days gone by and maintains close contact with them.  In addition to philanthropy, his love of Limerick is manifested in many ways - not least being his attendance at Limerick's hurling matches.  Indeed, although he travels extensively, an accurate indicator of when he is in Ireland would be to study the GAA calendar and find when a Limerick team is playing at the Gaelic Grounds, Semple Stadium, or Páirc Uí Chaoimh.   In one of his own sports, he adopts the green and gold of the South Liberties Club as his racing colours and takes pride in seeing them carried at major tracks around the world.

J P McManus is a man who is proud of his native Limerick.  And, let there be no question about the fact that Limerick is proud of him.