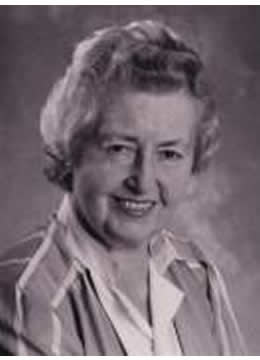 The remarkable contribution of Iris Kellett to the development of the equestrian arts and sciences in Ireland has now extended for over fifty years.  In the years following the Second World War, Iris Kellett broke into the then male-dominated world of show-jumping.  At the age of 21 she beat the British Champion, Harry Llewellyn; in the following year she saw off vigorous challenges from Swedish, French, British and American teams as well as teams from the Army in order to claim the Dublin Grand Prix.  The Princess Elizabeth Cup, won at the White City, London, in the following year, convincingly demonstrated that a world-class equestrian star had emerged from Ireland.  And this person was a woman, and thus at that time still disqualified from competition in the Nations Cup.

Between these years of triumph and the development of her Mespil Road Riding School as an unofficial centre for Irish show-jumping, Iris Kellett suffered a near fatal accident following a fall.   Her broken ankle (broken so severely that the ankle joint was smashed) had to be broken again before its final setting; she contracted tetanus during treatment and suffered the debilitating symptoms of lockjaw, muscular spasms and intense pain.

The recovery of Iris Kellett from this devastating accident exemplifies her magnificent fighting spirit.  The same grit and determination that had led her, at 15, to the management of the Mespil Road Riding School after her parents had become ill, led her now to blaze back into the equestrian world.  Having forsaken a place to read Science at Trinity College in order to work with horses, she now renewed that commitment and was competing seriously within five years of the accident.   "It took me ten years to get back to where I was at the time of the accident" she dryly comments.

The crowning moment of this return occurred in 1969 when Iris Kellett won the 1969 Championship of Europe.

Of such a horsewoman, one turns to Shakespeare:

"As if an angel dropped down from the clouds,
To turn and wind a fiery Pegasus,
And witch the world with noble horsemanship."

Iris Kellett's stature in the equestrian domain is manifested and continued at the present time through her students, Eddie Macken and Paul Darragh being among the most well known.   In 1972 Iris Kellett moved from Mespil Road to Kill, Co. Kildare where her training programme attracted hundreds of up-and-coming riders, fellow-trainers and equestrian administrators; the Kuwaiti team came there to train and subsequently won the gold, silver and bronze medals in the Asian games.   More recently, she has moved to a smaller establishment; generously she still gives much time and thought to those seeking training and advice.

Iris Kellett knows and teaches that, "in a world older and more complete than ours, the animals move finished and complete, gifted with extensions of the senses we have lost or never attained, living by voices we shall never hear" (Henry Beston).

It is this acute sensitivity to the world of equestrian activity that has led to the recognition of Iris Kellett right across the equestrian profession.   She has served as a director of Bord na gCapall, acted as a major adviser in the development of equestrian science as a degree subject at the University of Limerick and was, in 1996, inducted into the Texaco Sports Hall of Fame.