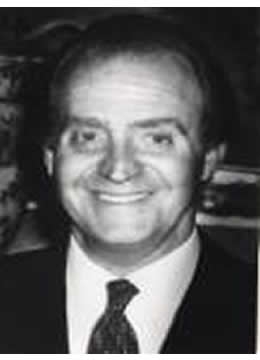 From Valladolid, just four hundred years ago, King Philip II wrote to the Rector of Salamanca requesting the University to take care of those Irish students studying there as they were refugees in Spain.  In Valladolid today Ireland and Europe's youngest University confers a Doctorate of Laws Honoris Causa on His Majesty King Juan Carlos, a lineal successor of Philip II as King of Spain.

There were not, of course, Ireland's first contacts with Spain for even in the prehistoric period there were sea-borne links between our two countries, the influences of which are well-documented in the archaeological literature.  Throughout the middle ages there was much commercial activity between ports like Limerick and the Spanish Atlantic ports.  But it was during more difficult times for Ireland from the early modern period onwards that relations between our two countries increased to an extent which has left an indelible mark on our history and our literature.

The seventeenth century saw the influx of large numbers of Irish to Spain, as exiles, as students, as soldiers of fortune.  Many of the exiles belonged to Ireland's most prominent families and their successful integration into Spanish life and history may be measured by the more than two hundred men of Irish birth or extraction whose names are enrolled among the Knights of Santiago, to mention just one of the great military orders.  The motivating force in setting up colleges for Irish students in Spanish university towns was a Bishop Creagh from Limerick.  His work and that of his successors brought into being Irish colleges and houses of study in Alcalá, Madrid, Salamanca, Santiago, Seville and Valladolid.  And at particularly dark periods in the late seventeenth century large numbers of Irishmen joined the Spanish forces, navy as well as army.  It is estimated that at one point in the eighteenth century there were 3,000 Irishmen serving the King of Spain.

This Spanish relationship is reflected in our literature, through poetry of the earlier period, in both Irish and English, where references to Spain, its power, its protection, its patronage seem to lighten the anxieties and sense of helplessness of its creators.  In the modern period it is the impact of Spanish life which attracts our writers.  One such is Kate O'Brien, a native of Limerick, who wove her Spanish experiences into the fabric of some of her most successful fiction.

At this moment let us remember those Irish students and all those countless exiles from Ireland who through the centuries found sanctuary and protection in Spain.  Most are nameless, but among them were also heads of such great Gaelic families as the O'Donnells, the O'Neills and the O'Sullivans.  Let us also remember those Spanish monarchs who, through the centuries, offered asylum and home to these exiles.

These were uncertain and difficult times for Ireland and sometimes for Spain.  Today our relationship is happier and closer than it has ever been, for both states are members of the European Community.  Our meetings at official and informal levels grow ever more frequent, our knowledge and understanding of each other's actions more comprehensive and our ties within this union more intimate.  So too are the meetings and contacts between our universities and our students, thereby cementing relationships between our coming generations of leaders in all walks of society.

That this situation exists and that future prospects are so promising is due in large part to the integrity, the foresight and the diplomatic skills of Don Juan Carlos.  In a difficult transition period, almost unparalleled in its complexity and uncertainties, he displayed qualities of statesmanship which place all within our community of nations in his debt.  Had he not, in a moment of great danger for Spain, proved himself 'every inch a king' the future of Spain and of the European Community would have been placed in jeopardy.

This is the second honorary conferring by the University of Limerick, the first being just ten days ago on His Excellency Dr Patrick Hillery, the President of Ireland.  Because of the happy linking of person and place it is worth recalling that on the State Visit to Ireland in 1986 His Majesty and His Excellency spent some time at the President's home in County Clare, at the appropriately named Spanish Point.