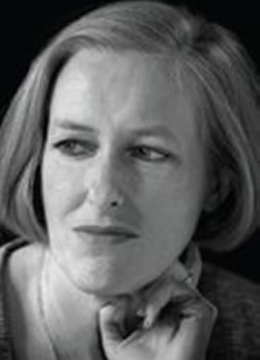 Geraldine Kennedy retired as editor of The Irish Times in June last year after a career spanning nearly four decades. As a journalist, she was a ground-breaking and courageous investigative political reporter, whose primary duty she saw as the advocacy of accountability in public life. As an editor, she continued this work through her support for the journalists whose work she edited, even under the most difficult circumstances. Throughout her long career, Ms Kennedy has made an unrivalled contribution to modern Irish journalism and, through her achievements, to Irish public life.

Geraldine Kennedy was born in Carrick-on-Suir, County Tipperary in 1951. Convent-educated, first locally and then in Waterford, Ms Kennedy went on to enrol as one of the first cohort of 16 students studying journalism at Rathmines School of Commerce, subsequently one of the constituent colleges that made up the Dublin Institute of Technology. Graduating in 1972, she began her journalistic career at the Munster Express and, a year later, at the Cork Examiner. After a few years, she moved on to join The Irish Times.

In 1980, Geraldine Kennedy joined the newly founded Sunday Tribune. In 1982, she became political correspondent of the Sunday Press, a position she held until 1987. As a student and then a determined young correspondent, Ms Kennedy was influenced by the impact of events such as the 1970 arms crisis, which later helped fuel her interest in the intrigues within the Fianna Fáil party.

Her access to people inside the Irish Cabinet during the early 1980s prompted the unlawful tapping of her phone by the then government. In 1987, Ms Kennedy successfully sued the State for breaching her constitutional right to privacy. This event ultimately contributed to the resignation of Charles Haughey as leader of Fianna Fáil in 1992.

In 1987, representing the Dún Laoghaire constituency, Ms Kennedy was elected to Dáil Éireann as a member of the fledgling Progressive Democrats party. She took on the roles of party spokesperson on foreign affairs and Northern Ireland and chief whip.

Dáil politics was not the experience Geraldine Kennedy thought it would be, and when she lost her seat in 1989, she returned to journalism and to The Irish Times. As public affairs correspondent during a four-year sabbatical from party-political journalism, she covered the infamous 1992 X Case and abortion referendum, the events at the attorney general's office that were to bring down Albert Reynolds's government in 1994, and similar matters of great public importance.

Thereafter Ms Kennedy held a number of senior editorial roles at the newspaper and was appointed political editor in 1999. In 2002, with her appointment as editor of The Irish Times, she became the first woman to edit a national daily newspaper in Ireland.

As editor of The Irish Times, Geraldine Kennedy has striven to maintain the highest editorial standards by demanding scrupulous investigative reporting and rigorous research. For Ms Kennedy, The Irish Times is all about writing the first draft of history - about the political, social, economic and cultural landmarks on the island of Ireland - and she is proud of the fact that the newspaper has progressed from being the paper of record to the paper of reference in Irish public life. In her own words, The Irish Times is the national forum for the thinkers and doers in Irish society.

During Ms Kennedy's tenure as editor, the newspaper significantly expanded its online presence, even though she herself will profess a greater love for the printed broadsheet.

Geraldine Kennedy has always sought to bring issues of national importance to the fore. She has demonstrated editorial courage, not just in the sphere of party politics, but also in the sphere of national economic policy that affects us all so significantly today. One example of this is her publication of economist Morgan Kelly's 2007 article that foretold the property market crash, after several other newspapers refused to publish it. For this, Ms Kennedy was accused of damaging both the national interest and the interests of The Irish Times!

Ms Kennedy made legal history in 2009 when she and public affairs correspondent Colm Keena challenged an order by the investigating Mahon Tribunal to provide details of a source of information relating to payments alleged to have been made to then Taoiseach Bertie Ahern. The Supreme Court ruled in her favour, accepting that journalists had the right of privilege to protect confidential sources of information.

These events consolidated Geraldine Kennedy's already strong reputation as a courageous and pioneering force in Irish journalism. Indeed, Ms Kennedy spoke passionately about this, and many other issues, with University of Limerick journalism students in open interview as part of the 'Issues in Irish Journalism' seminar series last year. The podcast makes for compelling listening.

Geraldine Kennedy's value to Irish public life has already been recognised by the award of no fewer than three honorary doctorates since 2005. As a native of Tipperary, it is only fitting that the University of Limerick should also honour Ms Kennedy's achievements in such a manner.