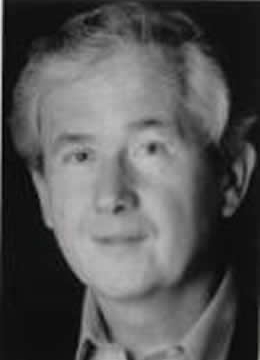 Today the Universtiy of Limerick honours Frank McCourt, a writer who has made the city of Limerick famous throughout the world.  Angela's Ashes deals unflinchingly with the poverty, suffering and depression of 1930s and 1940s Limerick and creates from these unpromising materials, a parable of endurance, hope and achievement.  "In the little world in which children have their existence" suggests Dickens, "there is nothing so finely perceived and so finely felt as injustice".  Frank McCourt's great novel communicates those feelings and perceptions with a powerful clarity of vision.

The moral pressure of experienced truths shaped by imaginative form and a rich grasp of the telling phrase have affected a multitude of readers and earned Frank McCourt much deserved praise.  The Time Magazine non-fiction Book of the Year, the National Book Critics Circle Award and, most recently, the Pulitzer Prize of Biography are among the official plaudits which Angela's Ashes has attracted.  Each of these accolades testifies to the wide range of readers that the memoir has reached.

Frank McCourt possesses a rare ability to speak directly of the most tender and painful moments in his life; to communicate sensations "felt in the blood and felt along the heart" (Wordsworth) in a credible yet lilting language.  Angela's Ashes is generously endowed with what another writer, William Faulkner, has called "the old verities and truths of the heart, the old universal truths lacking which any story is ephemeral and doomed - love and honour and pity and pride and compassion and sacrifice".  It is the presence of these heartfelt truths that underpins the driving narrative of Frank McCourt's book.

Certain passages remain inscribed in the memory.  The poignant loss of infant Margaret at seven weeks; Eugene's sad and futile vigil at the window for his twin, Oliver; the Italian grocer with his gift of fruit; the kind Jewish neighbour, Mrs Leibowitz; Father Gregory, the understanding Franciscan who reassures Frank that God is indeed, Love; Malachy McCourt's early insight that Limerick men talk too much; Frank McCourt, bluffing his parents after the missed dancing class with spirited renditions of The Siege of Dingle and The Walls of Cork.

The new Ireland of social modernisation, cultural pluralism, technological innovation and a growing economy is a country of which its citizens can justly be proud.  Yet is has grown in a short time from the lacklustre and shabby environment depicted in this book, an environment which is overcome only by the grit and warmth of its people.  It is crucial for the health of the nation that this history, ably captured in a series of vivid vignettes, is told and remembered.  For the enduring aspirations of the narrator and his continued concern for family and friends are built from that same spirit that has allowed Ireland to emerge from those difficult years.

In Limerick, this book holds a special place.  Many of the streets, schools, churches and parks of Angela, Malachy (when present), Frank, Malachy junior, Oliver, Eugene and Margaret are still around us.  The book has given us the gift of a renewed acquaintance with the sights and sounds that inhabited those places a few short decades ago.  That other Limerick, united with us through Frank McCourt's richly woven memoir and the enduring cityscape, remains a chastening reminder of the past.  The history of Limerick remains an essential aspect of that modern European city which Limerick has now become.