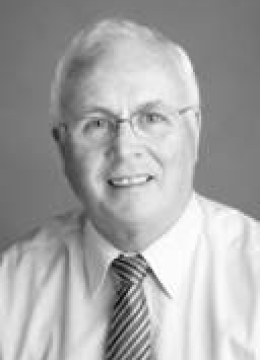 Frank Daly's career in public service is long and distinguished. He has been described as the model of a senior public servant as he paved the way in reforming and modernising the Irish Revenue Commissioners. Through his strong and decisive leadership combined with transparency and openness, Frank Daly has been instrumental in re-energising the Revenue Commissioners to the extent that it is now recognised as one of the State's most successful government agencies and one of the most modern and progressive tax administrations in the developed world.

Frank Daly originally trained as a teacher and joined the Revenue Commissioners in 1963, serving at a number of levels, including Assistant Secretary and Accountant General. In 1991, while working in Customs and Excise, and long before the internet and the World Wide Web were as widely used as they are today, he was responsible for introducing the first nationwide electronic import and export documentation processing and clearance system, Automated Entry Processing (AEP). This system became the model for all other EU Member States to emulate and, until its reinvention in 2007 to ensure its compatibility with internet technologies, it continued to operate efficiently by providing fast, secure and reliable e-clearance processes. In 1993, Frank was appointed Assistant Secretary with responsibility for strategic and corporate planning for the Revenue Commissioners. In this role he was instrumental in establishing strong governance structures and introducing the concept of a restructured Revenue that focuses on putting the citizen at the heart of its mission.

In March 2002, Frank Daly was appointed Chairman of the Revenue Commissioners. Under his leadership, the Revenue Commissioners expanded its investigations into tax evasion, initiating investigations into hidden offshore assets and inquiring into the abuse of the Single Premium Insurance policies. These efforts netted in the region of €1.5 billion in uncollected taxes and fines.

In 2004, Frank Daly undertook a major restructuring of the Revenue Commissioners, the first since the formation of the State. With the overarching objective of making a real contribution to competitiveness in the Irish economy, this work resulted in the integration of Revenue and Customs and gave rise to greater flexibility. The new framework informed a system that touches the life of every person in the country on a day-to-day basis. This led to the development of a co-operative compliance structure founded on the premise of the Revenue Commissioners and business working in partnership to promote a high tax-compliance ethos.

Exploiting information and communications technology to deliver enhanced customer service and more efficient use of resources led to the development of ROS - the Revenue Online Service - which is widely regarded as one of the best online filing and payment services in the world. According to the World Bank/PWC/IFC report Paying Taxes 2010, Ireland is ranked first in Europe, for the third year running, for operating the easiest system by which to pay business taxes. The work of Frank Daly during his tenure as Chairman laid the foundations for this success and set the Revenue Commissioners firmly on the road to efficiency and improved customer services through the enhanced use of technology.

Coupled with supreme diplomacy and a practical patriotism, Frank's unrelenting focus on strategic objectives has earned him a reputation as a leader and a reformer. It is not surprising, then, that Frank has been called out of retirement in these difficult economic times to be appointed Chairman of the Commission on Taxation and, more recently, Chairman of the National Asset Management Agency (NAMA).

Frank Daly's relationship with the University of Limerick began in 2004, when, under his leadership, the Revenue Commissioners entered into an innovative educational partnership that led to the development of two programmes, the Bachelor of Arts and the Diploma in Applied Taxation. These pioneering programmes are delivered to Revenue employees and taught by both University of Limerick academic staff and senior Revenue officials.

The National Centre for Taxation Studies at the University of Limerick has forged a unique collaborative educational partnership with the Revenue Commissioners, which is testament in no small way to the guidance and input of Frank Daly. The University has also benefited hugely from the high value he places on dialogue between tax practitioners, academics and students at all levels. His style of openness in his interactions and partnerships transcends the boundaries between government and customer, management and staff, public servant and academic and has been fundamental to this success.

By questioning the status quo and striving to Do Business Better, Frank Daly has championed a fair-minded, people-centred service that has become a model for government agencies, not just in Ireland, but around the world. The University of Limerick values building long-standing collaborations with industry, business and government. The partnership formed with the Revenue, facilitated through the leadership and vision of Frank Daly, embodies that ethos and reflects the spirit of excellence that is his lasting legacy.