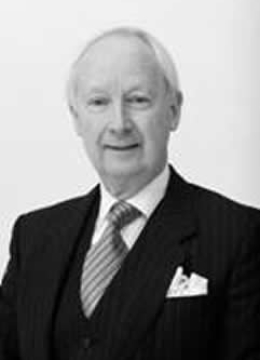 While the development of the University of Limerick can be attributed to the vision and dedication of many, one man, in particular, led the charge as the champion for this institution. Imbued with the vision of a pioneer and an innovator's intolerance of the status quo, Dr Edward Walsh was the pathfinder who conceived and delivered a remarkable educational experiment that profoundly changed Irish higher education.

After a successful university career in the United States, Dr Edward Walsh - known to all as Ed - was appointed Director of the newly created National Institute for Higher Education (NIHE) and was charged with creating Ireland's MIT. He describes taking up the post on New Year's Day, 1970, as follows: I flew on to Dublin from the US, having abandoned my family in Shannon, and found myself, that same morning, in the bowels of the Department of Education with a cup of tea in hand in front of a turf fire with the Secretary of the Department, listening to his rather interesting views of Limerick and what was best for it. His views did not fill me with great confidence, nor was there much correlation between his vision and mine.

Dante once said: From a little spark may burst a mighty flame, and, indeed, in Marlborough Street that day, another fire had been lit. With his indomitable spirit as its fuel, at the age of 30 Ed drove this institution to ever-greater levels of educational innovation and achievement during the course of the next 28 years. He pioneered a wide range of initiatives that set the campus apart from its peers and competitors, charting a safe passage through frequently choppy academic and political waters. This ultimately resulted in independent university status when, in 1989, the University of Limerick became the first university to be established since the creation of the State.

Ed tenaciously challenged the ivory towers of traditional academe with a new type of university education - one that pursued the twin goals of excellence and relevance. His vision had a transformational impact on Irish higher education and helped the University of Limerick to achieve widespread recognition as a force for change and progress in Irish society. This new form of education included a focus on serving the needs of the wider community and on genuine partnerships with outside organisations, particularly those in the industrial, business and professional worlds. Through innovative programmes such as Cooperative Education, international exchanges and applied research, Ed helped educate the type of workforce needed to attract foreign direct investment while at the same time creating generations of entrepreneurially-minded graduates whose work, research and achievements would underpin the emergence of a new, more enlightened and prosperous Ireland.

Ed was also the first to forge substantive, long-term relationships with philanthropists from Ireland and across the Irish Diaspora, particularly in the US. The assistance he secured from leading benefactors such as Chuck Feeney, Lew and Loretta Glucksman and John and Pauline Ryan helped build a modern university and inspired many students, alumni and friends to lend their support in tangible ways to the University of Limerick project. In addition, he enhanced the concept of university advancement by convincing the Irish State to provide matching public funds to complement such private investment in the university sector. In all his activities, Ed subscribed to Boswell's maxim that there is no substitute for excellence - not even success, and this guiding principle has informed Ed's relentless quest to establish a university of world standing at Plassey.

Ed's activities have spanned many aspects of Irish life. To cite but a few, he has played a vital role in the Irish Council for Science, Technology and Innovation, the National Technological Park, the National Council for Curriculum and Assessment, the Hunt Museum and the National Self-Portrait Collection of Ireland.

The accolades conferred upon Ed are, similarly, too numerous to mention but include being honoured as a Freeman of the City of Limerick and membership of the Royal Irish Academy. He is a Fellow of the Royal Society of the Arts and an honorary member of the Royal Hibernian Academy of Arts and holds honorary doctorates from four universities. He is also a chartered engineer and a registered silversmith.

Ed continues to lead and serve on the boards of many public and private organisations. In a fitting exemplification of his public and private endeavours, Ed recently steered the campus company Stokes Bio - which was established by University of Limerick academics arising from research in University of Limerick laboratories - through the storms that bedevil many start-ups to what has been hailed as one of the largest university spin-out acquisitions in the history of the State.

These and many other achievements are just part of Ed's legacy. However, no list of accomplishments can fully encapsulate who this man is and why we honour him today. The Limerick poet Aubrey de Vere wrote: This span of life was lent for lofty duties, not for selfishness, not to be whiled away in aimless dreams, but to improve ourselves and serve mankind. Ed has indeed been one of the dreamers of dreams but has realised those dreams with an unflinching focus on the public good. This civic-mindedness, combined with an untiring pursuit of excellence, represents the very essence of Ed's legacy.

Through all this, Ed has been supported by his formidable ally, Stephanie, and his family of three sons and one daughter. Today we join with them in celebrating Ed's extraordinary vision, his remarkable career and his unparalleled contribution to Irish life.