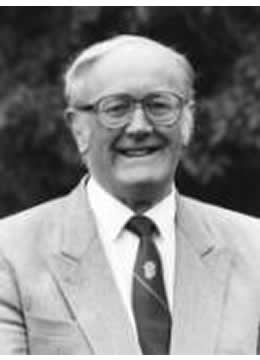 A strong social commitment and a determination to improve the quality of academia life mark the contribution which Dr Colm Ó hEocha has made to Irish education and society.  His work as Chairman of the New Ireland Forum in 1983 and 1984 involved a series of pioneering discussions concerning the development of North/South relationships on this island.  The firm yet sensitive manner of his chairing of that Forum was widely noted; the Forum, as a stepping-stone on the path to the peace process, remains a significant event in recent Irish history.

Dr Ó hEocha's sense of social responsibility informs his career at every turn.  Soon after appointment as Professor of Biochemistry at University College, Galway in 1963, he served as Chairman of the National Science Council for ten years.  From 1983 to 1986, he chaired the RTÉ Advisory Committee and served on the International Services Committee of the Industrial Development Authority.  Dr Ó hEocha was appointed Chairman of the Arts Council from 1988 to 1993.  This steady comprehensive record of service has been matched by an active career in university administration as President of University College, Galway since 1975 and as a continuously active member of the Conference of Rectors of European Universities.  Dr Ó hEocha's record of research publications in biochemistry, science and education, and research policy has also flourished over this time.

The breadth and versatility of Dr Ó hEocha's activities and interests bear witness to his remarkable abilities: Dr Ó hEocha is truly a man who is able to move effortlessly across the barriers dividing academia, administration and the public service.

France, Italy and Poland have awarded their national decorations to Dr Ó hEocha: The Queen's University of Belfast and the University of Dublin (Trinity College) have conferred honorary doctorates on this outstanding leader.