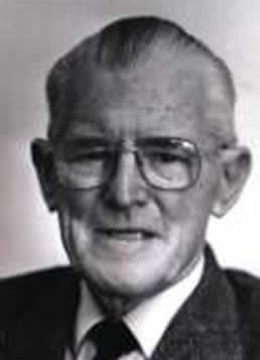 The University takes pride today in honouring a man who has remained close to the development of this institution.   Dr Brendan O'Regan's long commitment to the Shannon region, including his establishment of the Irish Peace Institute, Co-operation Ireland and, more recently, the Newmarket-on-Fergus based initiative, Obair Enterprise has resulted in a lasting improvement to the economic, social and cultural life of the country.

Dr O'Regan's magnificent contribution as an ambassador for peace and an initiator of commercial and industrial initiatives in this country are among the reasons we honour him today.

In 1978, Dr O'Regan was conferred Doctor of Laws by the National University of Ireland with a particular mention of his "originality, courage and innovation".   In 1999, Dr O'Regan was awarded a Doctorate of Laws by the Queen's University of Belfast for "his achievements as a peacemaker and as an industrial visionary".   Today we applaud again these qualities and sentiments and add to them our own special appreciation of his contribution to this region and this university.

Co-operation Ireland, established in 1978, has grown to become the single largest organisation working in the area of peace and reconciliation in the island of Ireland.  The setting up of the Irish Peace Institute based at the University of Limerick followed this in 1984.   In 1979, Dr O'Regan's paper, 'A Far, Far Better Way' spoke of the need to "get to know and understand each other better", of working together "to abolish violence and the fear and hatred on which it feeds".   The founding of the Irish Peace Institute and Co-operation Ireland by Dr O'Regan link this visionary future to practical co-operation on this island now.   The happy intermingling of creeds and cultures by over 20,000 people every year sponsored by these forward looking agencies testifies to the success of their work.

The international framework of Dr O'Regan's passion for peaceful co-operation has been a constant focus in his life.    Dr O'Regan's charismatic openness (his quality as "the supreme influencer of people . . in the best possible way" in the words of Jack Lynch) led him to see Shannon as "a median between the developing world and the enlarged European community" (Share, Shannon Departures 1992).  Tom Hallowell, then of SPS and previously honoured at this university, is remembered by Dr O'Regan as one of the first to show faith in the concept of Shannon Town and the first duty free industrial estate alongside an airport - "we got an artist's impression of what it should be like, a model of an industrial zone and of a town. . . Tom Hallowell looked at it and said "are you going to do that?".  I said "that's what we were going to do".  "All right," he said, "I'm in then".   Shannon Development and the Shannon College of Hotel Management, celebrating its 50th anniversary this year and recently in receipt of NUI accreditation, were also among the fruits of Dr O'Regan's pioneering vision.   The journey to the success of these enterprises proved a long road from the opening by Dr O'Regan of the world's first duty free shop in 1947 - a six-foot kiosk at Shannon Airport.  Indeed the comment of ex-president Jimmy Carter may well be apposite:  on being told during a visit to Egypt that the Great Pyramid took 20 years to build, he commented, "I'm surprised that a Government organisation could do it that quickly".  Dr O'Regan's remarkable ability to act as a bridge-builder and to create a team from disparate sources is shown, for instance, in the development of the Bunratty Castle complex.  Lord Gort, the Office of Public Works, Aer Rianta, Shannon Development and Bord Failte were joined in common enterprise through the guiding hand of Dr O'Regan whose principal motto remains - creativity, co-operation, communication.   Beginning his Shannon career as a caterer, Dr O'Regan became immediately famous: he tells the story of the first meal served at Rineanna:

" . . .and Lord Headfort said to me: 'That's quite extraordinary, we didn't expect anything like that.  Could I congratulate your chef?'  I said, 'But he's not on duty today'.  And he said, 'My God, if you can do it like that when the chef is off, what will it be like afterwards?'  There was no chef of course:  the stuff was coming in a laundry basket from the Old Ground".

Irish Coffee, credited to chef Joseph Sheridan, is also a legacy of the early Shannon days.

Last year, after being awarded the Moët and Chandon/DFNI award for lifelong achievement, Dr O'Regan spoke of  "the link between world peace and the elimination of world poverty" and it is this steadfast belief in the possibilities of world improvement that has been a feature of his wise leadership.  The Centre for International Co-operation at Shannon established in 1986 is but one of Dr O'Regan's great accomplishments.   His work has been recognised by many: in 1983, he was elected as Clare Person of the Year; in 1984, he was awarded the Rotary Paul Harris award; in 1993 he was awarded the CBE by the British Government; the City of Limerick conferred the freedom of the city upon Dr O'Regan in 1995.   He is currently closely involved with Obair Enterprise in the Newmarket-on-Fergus community which seeks to develop a spirit of enterprise in the community, to support the disadvantaged by enabling them to access education and employment, and to foster community participation.

Dr O'Regan's goals may perhaps be summarised in the words of Abraham Lincoln's Second Inaugural Address:

" . . .to do all which may achieve and cherish a just and lasting peace among ourselves, and with all nations".