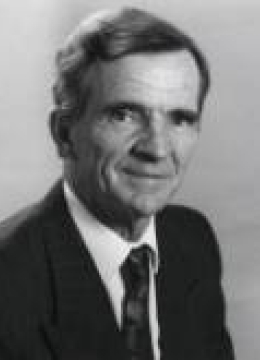 Dermot Whelan of Ballyclough, Co. Limerick, provides us with the quintessential role model for today's Irish engineering manager.  His life (born 15 September 1932) has been devoted to the development of people, products and institutions.  The emphasis must be on the word 'development'.  The dictionary indicates the wealth of this word's meaning; "to bring out what is latent or what has potential, to bring to a more advanced or more highly organised state".  He has done all of that, and continues to do so.  He is Vice President, European Strategic Affairs, Howmedica Inc. and Chairman, Howmedica International Inc.  In his chosen engineering profesion he planned his career to provide himself with a solid grounding in the design and manufacture of products.  After graduating from University College, Dublin he did a postgraduate programme in industry in England; returning to Ireland he worked on agricultural machinery design with the famous Lieutenant General M J Costello, in the Irish Sugar Company; there followed another period as General Manager of Waterford Ironfounders Limited, where he came under the influence of A H Masser.  In SPS Technologies at Shannon Industrial Estate he absorbed the techniques and culture of multi-national business, and reproduced them in a form fit for local consumption.  Having moved to Howmedica Ireland, he was able to bring his unique experience, skill and personality to bear on the manufacturing methods of Howmedica, its management techniques and its impact on the community.  Through his many publications and papers read at conferences he showed how a modern manufacturing plant ought to be run.  Articles on quality assurance, reliability, efficiency, short delivery cycles, automated production, strategic analysis of the health market requirements, all flowed from his pen.  He proved that an Irish plant could be the best of its kind in the world, and his company recognised this by appointing him as their coordinator of manufacturing worldwide.  The Institution of Engineers of Ireland recognised his achievements by making him a Fellow of the IEI.  Through his influence and with his help it was possible for a new line of research involving Howmedica and the University of Limerick researchers to be set up in 1986.

As a developer of people, Dermot Whelan has impacted in a singular way on all of his staff, colleagues, and those who have had the privilege of working with him on community or national committees.  Within a career otherwise devoted to manufacturing he spent some time with the Industrial Training Authority, AnCO.  In the early days of AnCO he was Assistant Director, Training and laid down the foundation for the programmes of Industrial Training Committees which now form part of FÁS.  This period of his career provided him with a special window into the world of training and development, and he has been building on the insights acquired ever since.  After the AnCO phase he returned to industry and encouraged the relevant agencies to try out new and sometimes unusual methods of training.  What is more, he participated in them himself and was always willing to expose his own weaknesses as part of the learning process.  For the National Council for Educational Awards he was an active examiner and panel member, and travelled around the country helping the various colleges with their engineering and management courses.  In 1989 the NCEA honoured him with a Doctorate.  The activities of the Plassey Management and Technology Centre benefit from his leadership as Chairman of the Board.  Here again he encourages the Centre to try out new approaches.

He has been and is a member of many community and national groups, including the Board of Shannon Free Airport Development Company and the Council of the Irish Management Institute, of which he is a Fellow.  He was a member of the Governing Body of NIHE Limerick, and was President of the Confederation of Irish Industry.  The CII programme of seminars to promote an interest in planning for 1993 is now benefiting from the contribution of a President with this ideal background of 'hands-on' experience.  To ensure that he would stay in touch with current theories and the literature of Management and Business, Dr Dermot Whelan in 1991 added a University of Limerick Research Masterate to his list of qualifications.  In recent times he accepted the role of Chairman of the Trustee Savings Bank.  In the context of recent speculation about the structure of banking in Ireland we wait with interest to see the reaction of the banking domain to the Whelan approach.

Dermot Whelan, deeply committed to his family, decided to ignore offers to move out of Ireland.  He and his native Irish speaking wife Eithne continue to be a source of inspiration for the new cadre of Irish engineering managers who will be the pillars of Irish manufacturing in the years ahead.  They have endowed this policy in their own unique way by contributing a new line of Whelan engineers as well as graduates in other disciplines.