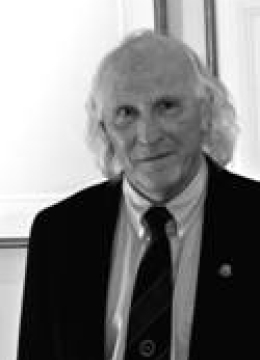 Limerick Civic Trust has enriched Limerick City and visitors to Limerick for more than 25 years. Mr Denis Leonard is largely responsible for the tremendous success of this organisation.  In 1985 the Trust appointed Denis, a founder member and the first chairman, to be the full time Director of the Trust.

Denis Leonard's special contribution to the work of the Limerick Civic Trust was to shift the emphasis of the organisation from pressure group activities devoted to raising consciousness of the local architectural environment and heritage to the direct undertaking of conservation projects.  In this important regenerative work, Denis helped in the eliciting of donations, sponsorship and membership contributions from the private sector which could then be matched with EU and Government funding.  Accountants, architects, lawyers and experts in planning restoration and conservation generously contributed their services. To date, Limerick Civic Trust has undertaken 136 projects; at present day values this work has been estimated to cost €40 million.

The built heritage of Limerick City has been considerably enhanced by the work of the Trust.  Cultural and charitable organisations including Daghdha Dance Company and the Island Theatre Company use restored buildings; restored artefacts have been redeployed in other locations when their place of origin has been demolished. Denis and the Trust have also taken a keen interest in the education and experience of trainees who work on these projects. Denis has insisted that every trainee must have, or acquire, basic literacy and he has provided direction and assistance to enable them to do so. Over the years it has given hundreds of people in the St Mary's area an opportunity to work in their own neighbourhoods. Priority is given to those selected by FÁS and these often include people who need a second chance in life and who are seeking a meaningful civic identity. Work for the Trust has had a major influence in helping people regain a sense of worth.

The King's Island area has been a focal point for the work of the Trust. In the St Mary's Cathedral area, the new Civic Offices and the renovation of the Courthouse and the Potato Market have all been initiated, or followed on from, the activities of the Civic Trust. Work around King John's Castle included the restoration and mounting of the two splendid cannon dating from the 1690s, and the restoration of the Bishop's Palace - which is now used as a base for the Civic Trust. John's Square, the centre of Irishtown, was another centre for restoration and this included work on the interior of St John's Church as well as parts of the old City Walls.

The centre-piece of Limerick Civic Trust's restoration work is a venue now known to many citizens - 2 Pery Square Tontines, Georgian House. The house, built in 1838, was divided into flats when the Trust took it on. There was severe damage to the architectural detail with dry and wet rot throughout the building. During the restoration, a Sienna marbleised finish was discovered on the landing and hallways as well as a mezzanine floor of three rooms in the basement overlooking the kitchen.  With grant aid from The European Operational Programme for Local, Urban and Rural Development of €190,500, the Trust recruited 17 unemployed people and, supervised by experts, they restored the house including the plasterwork, woodwork and marbling. The total cost was €1.5 million and the house has become a sparkling reminder of the history of Limerick as well as a much-loved visitor attraction in the city. It operates as a community centre, as a museum for the Parker-Carroll collection of military memorabilia and as a venue for cultural events.

Denis Leonard has been the energetic force behind this remarkable redevelopment which has demonstrated the solid strengths of Limerick art, craft and design over the centuries; he has revealed the beauty and grace of a city which has sometimes suffered from an unjust profile in the media.  Current development in Limerick includes the Opera Centre and the Trust has secured the retention of the home of Catharine Hayes, (the opera singer after whom the centre is named) at 4 Patrick Street; the Trust plans to use the house as a cultural centre.

Denis Leonard and the enterprise of the Trust have continued to thrive in an often difficult environment. The histories of churches and cemeteries, for example, call upon sensitivity to personal and religious convictions among pastors and people of their parishes; negotiations with planners, architects and developers call for major reserves of tolerance and tact. Fund-raising has been a constant occupation for the Trust. Denis has successfully worked with the members of the Trust over 25 years and this too testifies to his ability as a team member. He left his early job in banking to join the Trust and it is Limerick's privilege to have had him work on behalf of the city and its people for many years. Denis has reminded us that the future, too, is inscribed in the past, that,

There is a history in all men's lives,
Figuring the nature of the times deceased,
The which observed, a man may prophesy,
With a near aim, of the main chance of things
As yet not come to life, which in their seeds
And weak beginnings lie intreasurèd
(Henry IV, Part 2).

Denis's work has previously been recognised by the Knights of the Round Table who appointed him an honorary member and their ambassador in Limerick; an annual bursary is presented to a student from the Irish World Academy of Music and Dance through this body and Denis has the task of promoting the award. Several awards have been given to Trust projects: The Bishop's Palace won the National Award for the Best Old Building at the All Ireland City Neighbourhood Awards 2005; The Royal Institute of Architects gave an award in 2000 to The Georgian House and Garden Restoration Project; in 1995 the European Architecture Heritage Award was given to the preservation of the Crescent project.

Today the University of Limerick honours the dedicated contribution of Denis Leonard to the history, fabric and future of the Limerick region.

Sport is a unifying force - it brings together parishes, counties, provinces and the nation in support of a common cause and helps to boost national morale and raise the international profile of our country. It is therefore eminently appropriate that this university should recognise and honour those who epitomise the finest virtues of sport and who have contributed substantially to the enhancement of Ireland's sporting heritage.