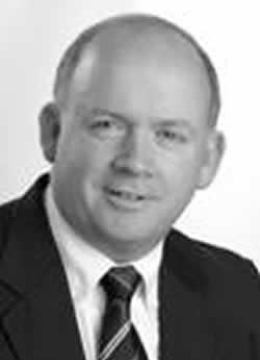 Sport is an integral and vital component of Irish life and culture. It is through sport that most young people hone the skills and principles of teamwork, honesty and decision making and learn to obey rules. Many children find heroes and role models to emulate in sport - people who will influence the development of their value systems. With major sporting competitions providing employment and generating substantial revenue for local and national economies, the importance of sport as an economic driver is considerable. Sport is also a unifying force - it brings together parishes, counties, provinces and the nation in support of a common cause and helps to boost national morale and raise the international profile of our country. It is therefore eminently appropriate that this university should recognise and honour a man who epitomises all of the finest virtues of sport and who has contributed substantially to the enhancement of Ireland's sporting heritage.

The role of the professional sports coach is demanding. While most individuals receive their job performance evaluation in the secluded privacy of a supervisor's office, the coach of an international sports team is evaluated before and after each game in the highly public forum of the national and international media. Furthermore, those conducting the assessments are not always the most knowledgeable or best qualified. Vital elements of a coach's role, such as player development and continual team improvement, are often ignored in such analyses because, in international sport, the ultimate determinant of success is victory. As Vince Lombardi once said, If winning is not important, why do they bother to keep score?

It takes a special kind of person to withstand the frustrations and pressures of constant review, and it takes a truly remarkable individual to emerge from many years of intense public scrutiny as a widely acknowledged, highly successful coach who enjoys the respect of players, officials, fans and the media. Our honouree, Declan Kidney, is such a man.

It is not difficult to understand why Declan Kidney is considered to be successful. His coaching record speaks for itself. As a mathematics and career guidance teacher at PBC, Cork, he coached school teams to four Munster Junior Cups and four Munster Senior Cups. He coached the Irish Schools to a Triple Crown victory in 1993 and the Ireland Under 19 side to a World Cup victory in 1998. He became coach of Munster in 1998 at a time when a number of distinguished foreign coaches were daunted by the task and, as players and coaches underwent the transition from amateur to professional status, he laid the foundation for the most successful period in the long and distinguished history of Munster rugby.

Declan would be anxious to state that many people, including players, staff and volunteers, contributed to the success of Munster. However, just as he would have taken the criticism if Munster had been unsuccessful, he should be credited with the outstanding successes achieved when he was coach. These successes include four Heineken Cup finals, two Heineken Cup championships and recognition as the top-ranked side in Europe.

These achievements would, by themselves, have warranted the award of an honorary degree, but there is more. Declan was offered and accepted appointment as coach of the Irish senior international side and, in his first season as coach, millions of people around the world watched as Ireland won the elusive Grand Slam for the first time in 61 years. Then, when he would not have been blamed for taking a few weeks of well-deserved rest, he elected to travel with the Ireland A side to the United States to help a squad comprised mainly of young inexperienced players to exceed their expectations and win the Churchill Cup, thereby capping a wonderful season of Irish rugby.

In the light of this remarkable record of achievement, it is clear to see why Declan Kidney is heralded as a highly successful coach. However, it is when we attempt to analyse the reasons for his success that we begin to appreciate the truly sterling qualities of this native son of Cork and understand why he enjoys such universal respect.

It has been said that, If you want to teach John history, you need to know a lot about history but you also need to know a lot about John. Declan Kidney is an outstanding exponent of this truism. He knows and understands his players and the other members of his team. He knows when and how to praise, counsel and motivate, and through this intimate understanding is able to, as Jerry Kramer said of Vince Lombardi, Make us better than we ever thought we could be. Central to this successful and productive relationship is Declan's respect for all members of the team and his concern for their welfare, both on and off the field. The consequence is that players return his respect, listen to him and enable him to take them to levels of achievement they would not have believed possible.

Declan's innate modesty is well known. This was particularly evident in the aftermath of Ireland's Grand Slam victory in Cardiff when the players asked him to join them on the podium. Declan declined and remained in the background.

Declan Kidney understands the importance of the psychological side of the game. Rugby is a team sport and, in order to succeed at the highest level, it is essential that each member is made to feel an integral part of the team and that team success is given greater priority than the fulfilment of personal ambition. He realises the importance of each player believing in his own abilities and not being afraid to express himself on the field. It is perhaps less well known that Declan himself has an enormous store of quiet self-belief in his own abilities.

Declan realises that a team will always rise above a group of talented individuals - he considers that a coach must instil in his players the spirit of selfless sacrifice for each other and for the jersey they wear. The teams that Declan Kidney coaches provide compelling testament to this philosophy - the success of the young Ireland A side against the more experienced England Saxons in the final of the Churchill Cup offers a splendid recent example of this.
Declan Kidney is an individual who has reached the highest level of achievement in his chosen field of endeavour and, as a result of his successes, has brought much distinction to this region and to our nation. The University of Limerick, with its fine sporting tradition, is proud to recognise and honour the contributions of Declan Kidney to Irish rugby and to the enhancement of Ireland's international prestige.

President, I present Declan J Kidney to you and ask that you confer the honorary degree of Doctor of Science upon him.