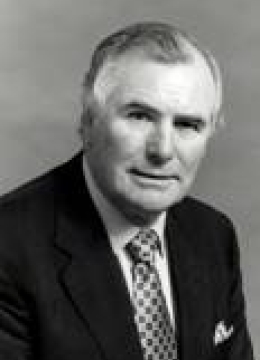 The Tierney Report of 1995 paved the way for much of the technology transfer and education/industry linkages that now inform the fabric of our Higher Education sector.  In this important report, also known as STIAC, the Science Technology and Innovation Advisory Council Report, key problems were addressed: low-level commitment to research and development, insufficient innovation and entrepreneurship; a lack of integration of multinational enterprises into the economy and problems arising from the small size, scale and low technology bases of Irish firms. For Dan Tierney these issues are of passionate concern. He argues in the introduction to the Report that 'we all have a vision of an Ireland where each of us enjoys a rising standard of living' - he goes on to mention healthcare, education, value-added jobs - and claims that if business is 'driven by invention, imagination and creativity...we can compete on the world stage. It is not a pipe-dream...It depends on our ability to stimulate growth through knowledge generation, innovation and the application of technology'.

This interest in research and development was shown earlier in Mr Tierney's career when he became one of the  founder-directors of the non-profit Industry Research and Development Group in 1992, an organisation dedicated to improving the product and process research, development and innovation of Irish businesses. In his busy career, Dan Tierney has constantly returned to the issue of how to bridge research and business practice. He recognises the cogency of Bronowski's axiom that, 'the world can only be grasped by action, not by contemplation...the hand is the cutting edge of the mind'.

Mr Tierney's contribution to the public service in Ireland over many years has echoed this theme. In his two term chairmanship (1997-2007) of the National Standards Authority of Ireland, for example, he worked towards the nation-wide implementation of the ISO 9000 Quality System. In 1998, the then Minister for Science and Technology, Mr Noel Treacy, TD, commended the outstanding chairmanship of Mr. Dan Tierney in leading this organisation in its work of implementing technical and management standards in Irish industry. This work, commented Mr Tierney, is about 'raising the standards of quality in the public sector ...as family members, as members of the national workforce, as customers, as business people, as citizens. ...The achievement and continuous improvement of high quality standards by public service bodies impacts directly and indirectly upon all our lives'.

Of the other public service posts which Mr Tierney held in the 1990s, one deserves particular mention: this is the chairmanship of the Special Task Force set up in 1996-97 by the Government following the closure of the Packard Electric Plant in Tallaght with the loss of 700 jobs. The Task Force was extremely successful and the majority of the workforce found new employment; the factory was re-opened under new management. Mr Tierney also represented Ireland on the board of the Industry Research and Development Advisory Council in Brussels between 1992 and 1995 and was a member of the European Science and Technology Assembly between 1993 and 1996.

In the early days of the United States, Thomas Jefferson commented that 'No duty the Executive had to perform was so trying as to put the right man in the right place'. The Irish Government was astute and fortunate in recognising the creative and energetic skills and talents that Mr Tierney was able to bring to the important work of steering Irish Industry toward the technologies that now inform the 21st century manufacturing and services sectors. The University of Limerick Foundation is also grateful for his long-standing service to this university; from the outset of the history of this university, our aim has been to join the Higher Education world of study and research with business and manufacture, to help make Ireland a creative, vibrant and prosperous nation.  Mr Tierney's important work for the country has been conducted alongside a busy and successful commercial career. He is currently Chairman of Bimeda Holdings plc (formerly Cross Vetpharm Holdings plc). He was also a founding director of the Arrow Oil Company (later JET), a Director with the Irish National Petroleum Corporation, and of Enterprise Ireland and a board member of Eirgrid plc.

Dan Tierney continues to innovate and experiment in his business ventures while demonstrating a commitment to the needs of the country and to the current discussions of energy efficiency in the global context: two recent projects are in the renewable energy area: Lightwave Technologies Ltd supplies energy saving software technology and specialises in the intelligent control of energy; Green Biofuels Ireland Ltd produces biodiesel. This company has the laudable ambition of reducing dependency on imported fuel, enabling Ireland to respect the Kyoto protocol and to help in reducing the EU diesel deficit. These interests in the efficient use of energy were shown earlier when the NSAI under Dan Tierney's chairmanship sponsored the programme 'About the House' with Duncan Stewart to publicise improved standards of house building, especially those concerned with energy.

In 1991, the city of Limerick celebrated the 300th anniversary of the Treaty of Limerick. The Cross Chemical Group and ICC Bank under the leadership of Dan Tierney and Frank Casey commissioned Seoirse Bodley to compose The Limerick Symphony, also known as the 5th Symphony of Seoirse Bodley. This symphony recorded by the RTE Concert Orchestra remains an enduring cultural legacy of the Treaty Anniversary; it also provides a reminder of Dan's deep affection for his native city; his early years at Crescent College left him with a deep love of rugby and he is a keen supporter of Munster (currently the European champions). That leaves little time for his several other interests: the opera, golf, squash and sailing; this last pastime suggests a key to the powerful and inspired energies that have guided Dan Tierney's wide-ranging career path and dedicated service to the needs of this country. As the poet Louis McNeice puts it -