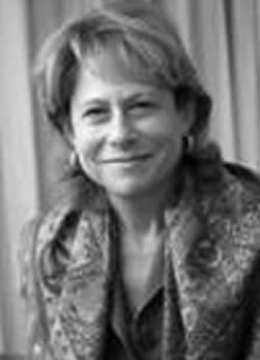 Cynthia Carroll is honoured today for her major achievements as a leader of the corporate world and especially of the metals manufacturing sector. Currently Ms Carroll is Chief Executive at Anglo American Plc, the second-largest mining company in the world.  Previously she worked for Alcan Primary Metal and stepped down from the posts of President and Chief Executive of that company in March 2007. Ms Carroll delivered a keynote speech to the Global Reporting Initiative in 2008 and articulated her vision of how business development and human values can and must be joined - '...the developing world needs minerals and metals in order to meet the aspirations of billions, but upliftment has to be carried out in a way that is sustainable, which includes challenges such as climate change, water availability and respect for human rights'.

Ms Carroll was named as one of the 50 Women to Watch by the Wall Street Journal in 2006 and Forbes Magazine rated her the seventh most powerful woman in the world in 2007.

Ms Carroll's connections with the West of Ireland go back some years.  After working as a petroleum geologist for Amoco between 1982 and 1987, she began work at Alcan Aluminium Corporation in 1989 while completing an MBA at Harvard University Business School. By 1991 she had become Vice-President and General Manager of Alcan Foil Products and took on the Presidency of Alcan Bauxite, Alumina and Speciality Chemicals in 1998.

Cynthia Carroll's contribution to the Limerick region has been significant and influential: she was appointed Managing Director of the Aughinish Alumina plant based on the Shannon Estuary a few miles from Askeaton in 1996, a post she filled with distinction. Her appointment as a governor of the University of Limerick (from December 1997 to September 1998) enriched the University with the entrepreneurial talents of a world class industrialist. As President and Chief Executive of Alcan Primary Metal Group based in Montreal, she was responsible for 54 wholly or partially-owned operations in 21 countries across the world. She held this role from 2002 until 2007 when she joined Anglo American. The New York Times reported 'head-scratching in London at this appointment. Ms Carroll commented, 'They'll know me pretty soon... I'm a person of action and won't sit still too long'. Within a year of the appointment, the Times Online flagged its business page with 'Cyclone Cynthia Carroll shakes up Anglo - Cynthia Carroll has modernised the mining group, fixed relations with South Africa and avoided merger mania' and contrasted her leadership with that of 'time-serving South African males'.

In a keynote speech to the Business for Social Responsibility Annual Conference in 2007, Cynthia Carroll laid out a clear agenda of social responsibility pointing up Anglo American's credentials as an ethical corporation. She speaks of the free anti-retroviral treatment available to HIV positive employees and then moves on to the theme of safety, the aim of 'zero harm'; the need to maintain gender and racial mix within the company is also touched on with the rights of women forming a focal point of this strand in Ms Carroll's reflections upon the responsibilities of the company. Negotiation with local communities, care for the environment and the need for strong regulatory frameworks and good governance make up another strand. Paying tax in the company of operation, offering a social contract that justly rewards host countries is yet another aspect of the way in which the corporation underpins its mission with a care for the welfare of others. A warning that Cynthia Carroll sounds here concerns those countries where poor governance can lead to corruption. Anglo American insists upon transparency as enshrined in the Extractive Industries Transparency Initiative - 'resource companies declare what they pay to the government and the government declares what it has received; providing an opportunity to compare both sides of the ledger'.  Training projects in local communities, learning about the 'dynamics between different communities, ethnic groups and political factions' in order to ensure 'employment equity and the fair distribution of social investment' are also targeted.  The key current issue of sustainable development linked to the topics of energy security and climate change make up what Ms Carroll calls the big picture that this speech tackles. One suggestion that she makes is that The 2015 Millennium Development Goals of the United Nations should give rise to a joint initiative between non-governmental actors especially business, and governments because 'the Millennium Development Goals will only be delivered if there is growth; and business - from the individual entrepreneur through to international investors - is what will put bread on the table'. These sentiments strike at the heart of a particular line of management thinking which can be traced back to Henry Ford and his remark that 'a business that makes nothing but money is a poor kind of business'.

Towards the end of 2007, Ms Carroll made a speech in Anchorage, Alaska explaining the Anglo American Pebble project. The keyword of her statement is Partnership, which 'involves working with and for the villages around our operations and the broader communities in our areas of influence'. Five core principles guide the Pebble project and partnership is the overarching concept that informs them:

Early in 2008, Cynthia Carroll received grateful praise from Buyelwa Sonjica, the Minerals and Energy Minister of South Africa, for her unwavering commitment to reducing deaths in South African mines. In April 2008, Ms Carroll again visited South Africa to deepen the safety initiatives of the company and met 5000 Anglo-American workers, 'I sang songs and I danced with the workers to celebrate the successes'. At the same time, she notes, some had 'tears in their eyes expressing the extreme sadness and the pain when their fellow workers had died'; Ms Carroll stressed the commitment of the company to creating 'a culture of care, respect, trust and responsibility'.

In this work, Ms Carroll's enterprise lies at the cusp where corporate governance meets with the needs of a civil society. As James Madison, one of the founders of the American constitution puts it, 'the safety and happiness of society are the objects at which all political institutions aim, and to which all such institutions must be sacrificed'.

The powerful energies of Cynthia Carroll are shown in a range of enterprises: currently she holds directorships in BP plc, De Beers Group and Anglo-Platinum Ltd and is a former board member of Sara Lee Corporation: She was appointed as a member of the British Council in 2008.