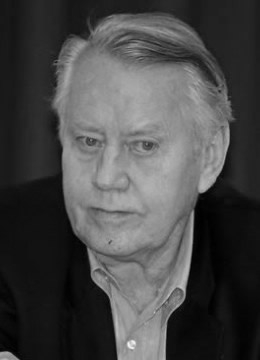 The University of Limerick has joined with the eight other Universities on the island of Ireland to honour one of UL’s longest standing friends and supporters, the philanthropist Charles F. (Chuck) Feeney.  The nine Irish Universities have come together to confer an honorary Doctorate of Laws (LLD) on Mr Feeney, founder of The Atlantic Philanthropies. This is the first time such an honour will have been conferred jointly by all the universities on the island of Ireland.  The universities have taken this unprecedented action together to celebrate Chuck Feeney’s remarkable contribution to Irish society, and in particular to Irish universities.

Speaking from the event at Dublin Castle today UL President, Professor Don Barry said: “For over 25 years, Chuck Feeney has been intimately involved in UL’s journey.  Chuck has helped us to be confident about the future, to set greater goals than we could imagine for ourselves and to drive us on with the belief that anything is possible.

Through his philanthropy the University has had the means to thrive and grow at a rapid rate, with our campus expanding from 11 buildings 25 years ago to 40 buildings today.  His deep commitment to the advancement and success of UL has led to the development of a young, energetic and enterprising University with a proud record of innovation in education, and excellence in research and scholarship,” said Professor Barry.

“Chuck’s generosity has led to iconic projects such as the Living Bridge, the Glucksman Library and the Graduate Entry Medical School, to name just a few. Through his phenomenal vision the Irish World Academy of Music and Dance, established in 1994, has been developed into a world-renowned academy and a global centre of academic and performance excellence, enhancing UL’s role as a major centre of artistic and cultural creativity. ,” Professor Barry continued.

As the catalyst behind the establishment of the University of Limerick Foundation in 1989 and a long-time Foundation Board Member, Chuck Feeney has been directly involved in the rapid growth of the University of Limerick.  The capital projects and academic programmes that can be attributed to the generosity of Chuck Feeney and the Atlantic Philanthropies are many and varied, and include iconic projects such as the Living Bridge, the Glucksman Library, the Graduate Entry Medical School and continued investment in Science and Engineering at UL.

Another example of Chuck’s extraordinary vision is his pivotal support for the world-renowned Irish World Academy of Music and Dance – a landmark development which has enhanced the University of Limerick’s role as a major centre of artistic and cultural creativity. A global hub of academic and performance excellence, the Academy was established in 1994 on the appointment of Professor Mícheál O Súilleabháin as the first Chair of Music at UL.  Since that time, the Academy has seen over 1,800 students representing 27 countries graduate from its postgraduate and undergraduate programmes. The Academy was constructed with support from the Atlantic Philanthropies and private donors.  An inspired response to the UL campus on the banks of the River Shannon,  the building contains state-of-the- art performance, research, teaching, rehearsal and recording facilities and is home to a magnificent mosaic by Belfast-born artist, Desmond Kinney depicting the story of the goddess Sionna and the mythical lore surrounding the origins of the River Shannon.

“The Irish World Academy of Music and Dance embodies the tenacity, courage and pioneering efforts that are intrinsic parts of the UL spirit. 2012 will mark an important milestone in the history of the University of Limerick as this year we celebrate the 40th anniversary of the admission of our first cohort of students in 1972.  Chuck has played a vital role in our history and success and today’s ceremony is a fitting tribute to a man who has made a significant difference in the lives of many in Ireland and around the world,” concluded Professor Barry, UL President.